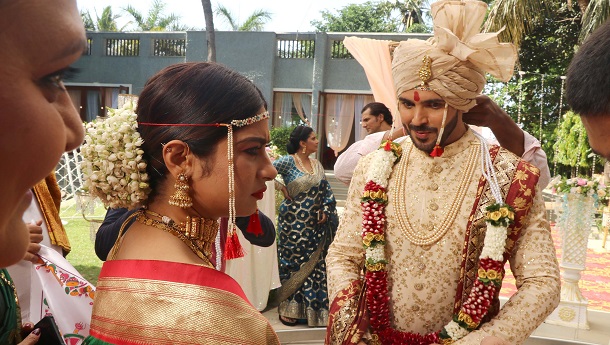 Shehzada Dhami who was last seen in Choti Sarrdaarni has bagged himself a lead role in Dangal TV’s upcoming serial Shubh Shagun. Produced by Smita Thackeray, this family drama series is soon to go on floors and Shehzada will be seen playing the title backed role Shubh.

The show revolves around the lives of Shubh and Shagun, their families and the bonds that tie them together. The story touches on the bonds of a family where even the weakest bonds can be strengthened through love, affection, trust and sacrifice.

“I am so excited to be a part of the Dangal TV family. I have seen the meteoric rise of the channel and it’s all over on the news with its growing numbers on the GRP and BARC. Every week the channel is breaking its own previous achievements and I am so grateful to be a part of such a dynamically growing space. As for the show, the cast they have chosen is absolutely amazing. Such experienced actors who will be sharing the screen space along with me. Even Krishna Mukherjee who plays the lead opposite me, I have met her twice and we already have a lovely tuning! I am sure, shooting for the show is going to be a great fun and learning experience!” says Shehzada jubilantly.

Divulging some details about the show and his character in particular, the handsome star says, “Shubh is a stone-faced business tycoon, hardened by the circumstances in his life. His world revolves around his sister, who’s also the center of his affection. He lost his parents at a very early age and now considers himself to be the sole person responsible for looking after his sister. The story also mostly revolves around Shubh, his sister, Shagun and her brother and subsequently how the families get involved in each other’s lives.”