Smita Dongre on what made her accept Dhadkan Zindaggi Kii 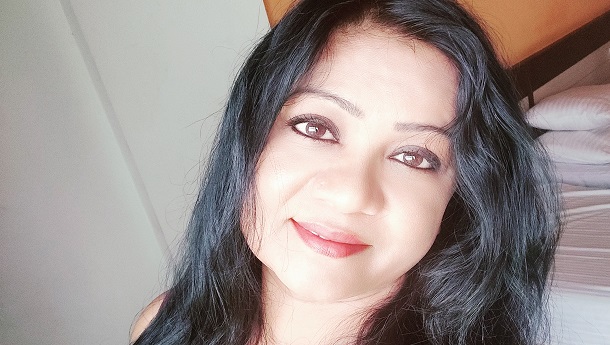 Actress Smita Dongre says she was initially offered "Dhadkan Zindaggi Kii", produced by Nilanjana Purkayasstha and Herumb Khot under Invictus T Mediaworks and Studio Next, but couldn’t take it up. She only said yes when the makers approached her for the second time.

"We all know Dhadkan on Sony TV is getting very popular. In a very less time, it has made its place in the audience’s heart. Earlier also I received a call for the show, but due to some reason I wasn’t able to accept it," she recalled.

Again she got a call and she accepted it. "They told me it’s a cameo and a very good character, so I said yes. Sony has always been one of my favourite channels," she said. "The second thing is it’s Nilanjana ma’am and Herumb sir’s production, and I did not want to lose this opportunity to work with them and the fact I got this offer in the new year, I felt really blessed. I’m pretty sure it will be a good year as the beginning is so good," she added.

She is playing doctor Namrita Sharma, who is a psycho therapist and head of the psychology department. "The way they talk and consult the patient was something I worked on, how patiently they handle everything, with a smiling face and a positive attitude with the patients. They make sure that the other person should feel that the psychologist is showing genuine concern, so I worked on that," she shared.

According to her, the set vibes are good. "I have been shooting for the show for quite sometime now. Overall, it’s good. The only thing is that the set is pretty far," she said with a laughs. But that’s okay for her.

"I would also like to thank Janet for suggesting my name for this character. She has that faith and trust in me, so I’m very thankful to Janet and Nilanjana ma’am ne bhi accept karliya, so let’s hope for the best that I can do justice to my character," she said.

"It’s a medical-related character and show, toh yeh toh bohot kareebi dil ka maamla hai, especially because of what we’ve seen in the last two years. It’s an important subject which people can connect to, so even I felt very good when I was approached for this show. I also discuss it with my husband who is a doctor," she added.

She is playing a doctor for the first time. "Let’s see how well I can carry this character. I hope the audience will love me and give me their best wishes and blessings. I am happy that I am playing a character in a good show and not a typical saas-bahu drama," she said.