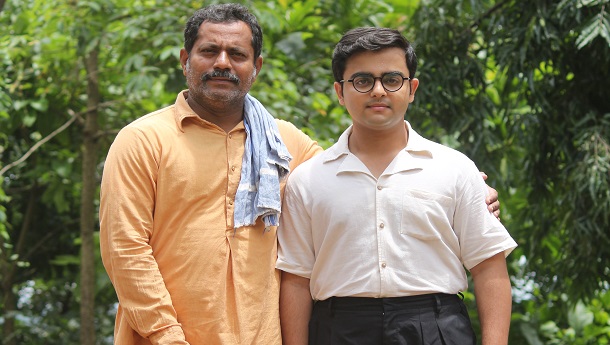 Dr Ambedkar always believed in education as a core tool in transforming lives and conquering several challenges. His contribution to the advancement of education is multifarious. On International Literacy Day, young Bhimrao Ambedkar (Atharva) and Ramji Sakpal (Jagannath Nivangune) from &TV's Ek Mahanayak Dr B.R. Ambedkar talk about Babasaheb's view on education and how it enabled a social reform.

As young Bhimrao Ambedkar in & TV's Ek Mahanayak Dr B.R. Ambedkar, Atharva shares, "Quoting a famous quote of Babasaheb that states, 'Cultivation of the mind should be the ultimate aim of human existence.' Dr Ambedkar always stood strong against injustice and inequality. He was one of the greatest advocators of education as a means to enable people to overcome all social, cultural and economic obstacles. He used his education to break the shackles of caste discrimination and inequality. Babasaheb's life and teachings have been an inspiration to many. On International Literacy Day, let us remember his teachings on the importance of education and his belief that education can alone pave the way for change in society." Adding to this, Jagannath Nivangune, who essays Ramji Sakpal's character, shares, "Dr Ambedkar was the first PhD in economics and the first double doctorate holder in economics in South Asia. He was the first Indian to pursue a doctoral degree in economics abroad and among his generation's most highly educated Indians. Babasaheb's father, Ramji Sakpal, always inculcated the importance of education to transform his life and of people around him in his community. Ramji has always stood like a pillar of strength beside his ambitious and visionary son. He had taught young Bhimrao that it is only through education that he can impact and change people's lives. Standing by his guidance and teachings, Dr B. R Ambedkar began a historical journey of making a mark for himself. On International Literacy Day, let us all remember Babasaheb's teachings and do our bit to spreading the importance of literacy across the nation."

In the ongoing track of & TV's Ek Mahanayak, Dr B. R. Ambedkar, Keluskar Guruji, gifts a pen to young Bhimrao as he sees him as an inspiration for others to follow. Guruji sees him as someone always seeking hope and knowledge, besides seeing the light at the end of the tunnel, no matter the challenging situation. Young Bhimrao expresses his gratitude to Keluskar Guruji and his late mother Bhimabai, father Ramji Sakpal, and Guruji Krishna Keshav Ambedkar for teaching him valuable life lessons and for being his constant support during the most challenging situations.