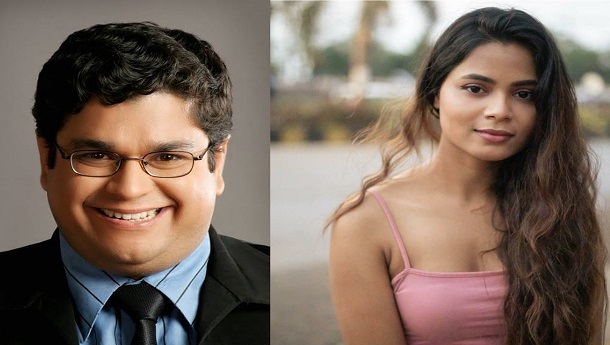 New character entries always offer viewers freshness and fun. Similarly, in &TV’s one of the most popular shows Happu Ki Ultan Paltan, not just one, but there will be two new entries! The upcoming track will see the beautiful actress Riddhi Gupta playing the icchadhari naagin and nearly completing two decades in the entertainment industry, very talented actor Sumit Arora as Inder Tarneja, an income tax officer. The new characters will be introduced in different tracks adding their bit to the show’s fun element.

Talking about her character as an icchadhari naagin and living her ‘Main teri dushman’ moment, Ridhi Gupta shares, “Honestly, being an actor, it was always on my bucket list to play a role of a naagin. I was fascinated with the colourful yet graceful naagin costumes, the eye lens, and the snake moves that the moment the role was offered to me, I did not even think twice before accepting it. Happu Ki Ultan Paltan has been one of my favourite comedy shows, and getting to work in it is no less than an honour. I will be seen scaring Happu and Kamlesh as they ran their bike on an iccha dhaari naag, and as the folklore says iccha dhaari naagin takes revenge for the same. I remember watching Nagina with my mother and imagined how would I look if I was a naagin, and finally I got this golden opportunity to live it. It was a different experience altogether, and I enjoyed the show’s cast and crew. I hope the viewers love this avatar of mine, and I am looking forward to it.”

Essaying a dedicated income tax officer’s character, Inder Tarneja, Sumit Arora says, “The character of Inder will bring a lot of drama in Happu Ki Ultan Paltan as he raids Happu’s house. The whole house gets sealed, and Inder tracks every move of the family. He is someone who knows what power of control he has and uses it to every bit, just like Ajay Devgn’s character of Amay Patnaik in the movie Raid. I love watching this fun and entertaining show, and I was initially very nervous as it had some amazingly talented actors. But to my fortune, the whole cast and crew were so supportive and loving that the nervousness turned into positive energy that the viewers will soon witness on the screen. From the production to the director to all the artists, everyone made me feel at home. I hope the audience enjoys the upcoming track as much as we did while shooting for it.”