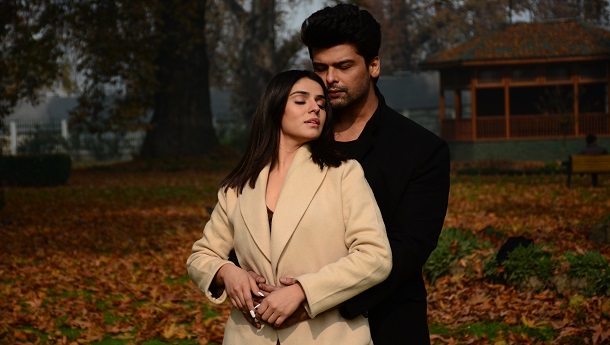 The melodious track ‘Numaish’ is rendered in the fabulous vocals of Altamash Faridi, and picturized on Kushal Tandon & Sidhika Sharma.

In this Valentine’s week, Kushal Tandon and Sidhika Sharma brought to life ‘Numaish’ an ode to life, love, and heartbreak. This soulful romantic song has already made many fall in love with it and is trending now on the music charts of YouTube and all audio streaming platforms.

The chemistry between Kushal and Sidhika is grabbing everyone’s attention along with a dreamy melody that gracefully captures the essence of a heartbreak. Maahi’s (MST) magical lyrics are serving as a soothing medication to nursing a broken heart with music composition by Prini Siddhant Madhav. Just in time for Valentine’s Day, this song deserves to be on the playlist of everyone who has ever encountered a heartbreak.

However, the song launch event could not take place as Kushal Tandon tested covid positive the same day.

Commenting on the same Kushal said “The story conveyed in this song is similar to something we all have encountered some time in our lives. When I heard this song for the first time, I felt a rush of emotions inside me and I immediately said yes to it. Altamash is a soulful singer who has brought the composition to life. I am sure that the song will touch the listener’s heart and help them navigate some of their feelings.”

Continuing on what he feels about heartbreaks, Kushal said , “It's normal, everyone goes through it. Just like any other person, I too feel the pain but you have to move on in life. That's how things work. There's no particular formula to deal with it.”

Actress Sidhika Sharma has added glam and magic to the song. She added to the conversation saying “Kushal is a remarkable actor, I enjoyed working with him. I am sure that we have delivered a promising number coupled with a charismatic video that was shot in the beautiful locales of Kashmir – no other place would have the same effect as it does. The song reflects the feeling of love and separation like never before. The entire team of Rangtaal Studio is supremely talented and made the song as lively as it could be. I am hoping that the track will touch and connect millions of hearts.”

Rangtaal Studio was started in May 2021 during the second wave of the Covid-19 pandemic to promote original songs of Hindi and Punjabi language on different new-age platforms. The studio has released five original songs in a short span of time and has many more songs on the anvil. Short video app ‘Josh’ has partnered with Rangtaal Studio to release the song on its platform and had creators from across the country making videos on the track. The song is produced by Priyanka Dutt and has been directed by Ankur Choudhary. It has been conceptualized and co-produced by Amit Bhargad and Mohit Digambar.