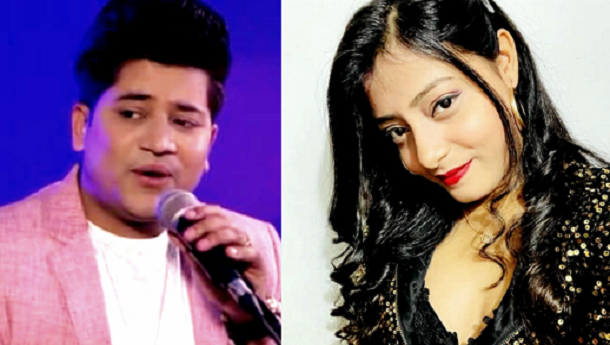 Things might have looked different a year ago for singer Saurabh Gangal, but this year he is riding the wave of success with three back-to-back hits. While his earlier two songs, namely- Naino Ki Shararat and Mere Sohne Soneya, enthralled millions of listeners across the globe, his new duet 'Koi Khata' released a couple of days back is also being received overwhelmingly.

And, interestingly, all his three hits are duets sung along with his sister Anushka Gupta, who is herself a music lover and has studied music as a subject. The videos for the songs have been produced by Kumar Bupi under his banner Bignoise. While Naino Ki Shararat has been released by T Series, the other two songs are released by Zee Music.

"It has been a long journey shaped up by my love and passion for music," exclaims the young singer, "And now the hard work has started to bear fruit." Saurabh says he always wanted to be singer and kept on nursing his dream until the ripe time came and opportunities came knocking.

Music is a lifeline for Saurabh Gangal and it proved to be literally true for him recently. He had been down with Covid-19 some time back and wasn't feeling any strength left in him due to illness. Then he happened to listen to the famous song 'Taal Se Taal Mila...' from movie Taal and sung by Udit Narayan. The moment he finished listening the song, he felt as if the vibrations of the song had set everything right inside his body. He stared to feel better soon and recovered quite fast. "Listening to good songs, and that too sung by my favourite Udit Narayan ji is nothing less than elixir for me. I feel myself lucky to be born in an era of the likes of Udit Narayan and Arijit Singh," quips Saurabh.

Saurabh's musical journey that started as pure passion is ready to take on new challenges and heights. His regular riyaaz has helped him get better and better as a singer. "I am so regular for riyaaz that now even my 8-year and 6-year old daughters have started reminding me if I am late for it. My devotion to music takes away much of my family time, but my family has never complained about it. Rather they are happy that I am so much devoted to music. This kind of support motivates me to do better and better every day," says Saurabh.

A staunch believer in God and karma, Saurabh has delivered hit songs in the past too, and is ready to give the music lovers more soulful romantic songs in future also. He has been working on new projects  continuously and plans to come out with more songs later this year.