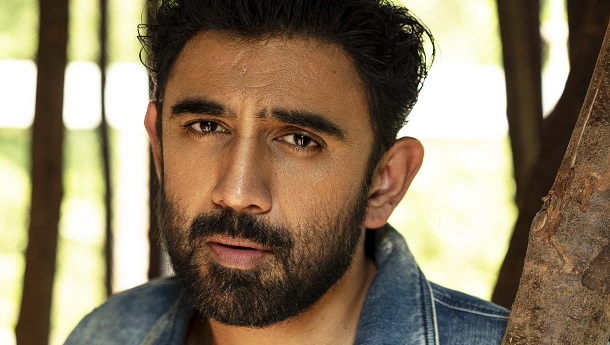 After the roaring success of three seasons of “Breathe", Amit Sadh is set to essay the role of an encounter specialist cop in a new film produced by UV Films, which is set to start filming shortly . "Production No-4” Starring Amit Sadh is produced by Pradeep Rangwani and directed by debutant director Sachin Saraf. Along with Amit Sadh, the film will also feature renowned actors Seema Biswas, Tigmanshu Dhulia & Milind Gunaji.

"I love a good cop drama. When I read the script, I was convinced it was not just the story of an encounter specialist but more to do with his complex psychology. I was moved by the authentic writing. When I met Sachin, the director, and as he started sharing his vision of the character, I just knew I had to do this film," says Sadh.

Director Saraf says, "It was Amit Sadh’s birthday when I spoke to him for the first time, he asked me to email the script as he was on a holiday, but to my surprise he called just after two days and told me that he loved the script. I felt blessed. This project has already seen some divine blessing signs. UV Films producer Paul (Pradeep Rangwani) has a very strong spiritual side. He always chooses subjects which are socially relevant."

Rangwani and Saraf added that they were blown away by Sadh's portrayal of an unconventional, intellectual and rugged crime branch officer in Breathe and felt that he was best suited for my new film. "The work ethic that Amit has is something we all know and we are only too excited to start filming. The ensemble cast is also very talented. I couldn't have asked for more for my debut feature film," adds Saraf.

Pradeep Rangwani popularly known as Paul, founder of UV Films is passionate about presenting meaningful and unique stories through films. "Films are a great platform to voice your opinion about the challenges people face in our society. Though this has to be done intelligently and wisely. UV Films is working with the vision of creating 4 films per year, which adds up to 20 films in the next 5 years. These films will be relatable and reflect the present state of our society," adds Rangwani.