Judaa Hoke Bhi is a blend of romance and horror: Vikram Bhatt 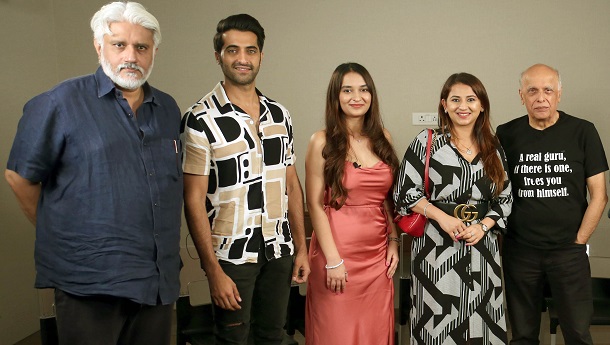 Produced by K Sera Sera, Mahesh Bhatt and Vikram Bhatt's Virtual World, Judaa Hoke Bhi will be released in cinema halls on the 15th of July 2022. Bollywood's made a lot of films in the past with Dracula and Vampires. The commonality between all those films was that Dracula or Vampires would drink/suck bloody to gain strength for their powers. However, Vikram Bhatt's film Judaa Hoke Bhi has Dracula of a different kind.

Talking about Judaa Hoke Bhi, filmmaker Vikram Bhatt says, "This is a unique film not just with it's storyline which blends romance and horror very intricately but also because this film is the first of its kind in the whole world to be entirely made virtually and I feel so proud to have this film see the light of the day. The music of the film lent by Puneet Dixit is already picking up among the youth and the response on the trailers has also been great. I want this film to really touch new heights as it will open doors that we didn't know existed in our country."

The romantic horror happens to be World's First Film to be made entirely through virtual production. The film stars Akshay Oberoi and Aindrita Ray in the lead roles. While Aindrita Ray is a Kanadda Superstar, Akshay will be seen coming together with the Bhatt camp after Pizza.

The film also stars Mehezan Mazda who plays the main villain in the film along with Rushad Rana who plays an important role. Music of the film composed by Puneet Dixit is also striking the right chords with the masses. Singers like Ankit Tiwari, Mohit Chauhan, Sunidhi Chauhan, Stebin Ben etc have lent their voice to the songs of the film.