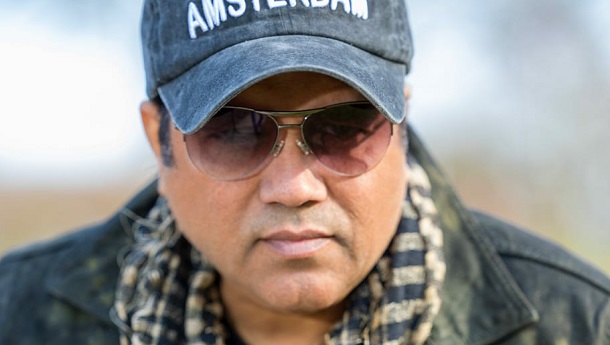 Raja Mushtaq is excited about being part of "Sharmaji Namkeen". He is a remarkable talent and a gifted new age versatile singer who was the 1st Asian to perform on Top Of The Pops BBC-UK 2003. Raja has maintained a perfect balance between film music and his independent songs.

The singer is known for his original single Lootela and now Raja Mushtaq is back with another song called "Boom Boom". The track has been composed and produced by Sneha Khanwalkar, sung by Raja Mushtaq along with Kailash Kher, the lyrics of which have been penned by Gopal Dutt

"Sharmaji Namkeen" featuring Rishi Kapoor (and Paresh Rawal) as the lead character, shows Sharmaji enjoying his post-retirement life to the fullest after discovering a fondness for preparing food. It’s an honour for the singer that he got an opportunity to sing in his favorite actor Rishiji's film and this song will be a tribute to the legendary actor.

Expressing his excitement of the song, Raja Mushtaq says, “This is one of my most treasured projects mainly as I am part of Rishi Sahab's film. Apart from "Boom Boom" being a great track, I have always loved Sneha's quirky compositions and partnering with the much-acclaimed Kailash Kher was a joy by itself. Being a foodie myself, I am looking forward to this wonderful film by Hitesh Bhatia !”

Directed by Hitesh Bhatia and produced by Excel Entertainment in association with Honey Trehan and Abhishek Chaubey of MacGuffin Pictures, Sharmaji Namkeen will premiere on Prime Video across 240 countries and territories worldwide on March 31.

Boom Boom is another feather in Raja Mushtaq's cap