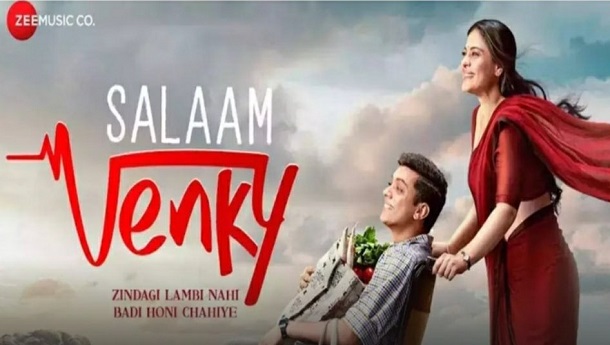 Director Revathi’s Salaam Venky is a slice-of-life drama movie that talks about the use of euthanasia in India. After a long time, Kajol is seen on the big screen, where she plays the mother's role of a physically challenged son.

The story revolves around Venky (Vishal Jethva), who is a physically challenged boy with only a few days left to live. His mother, Sujata (Kajol), takes care of him in every possible way, but nothing works for him. A situation arises in Venky's life in which his mother Sujata is forced to ask for Venky's mercy killing. But since mercy killing is not a legal practise in India, she appeals to the court to consider this a special case. Whatever happens at the end is the real crux of the story. So, to know what happens in the end, one must watch the film.

The actors Kajol and Vishal Jethwa are the centre of attraction in the entire film. Both have played vital roles in the film as a mother and son. Their performances are quite impressive and make the audience emotional in many of the scenes. Apart from them, other artists like Ahana Kumra, Rahul Bose, Rajeev Khandelwal, Prakash Raj, and Anant Mahadevan, etc. have also justified their parts in the film.

Despite the fact that music plays no significant role in this slice-of-life drama film, Mithoon's melodious music is quite impressive.

Overall, this is one of the finest emotional movies of the year. Kajol is the real attraction in the film and has justified her role in it. As a result, it is recommended that you watch it at least once.