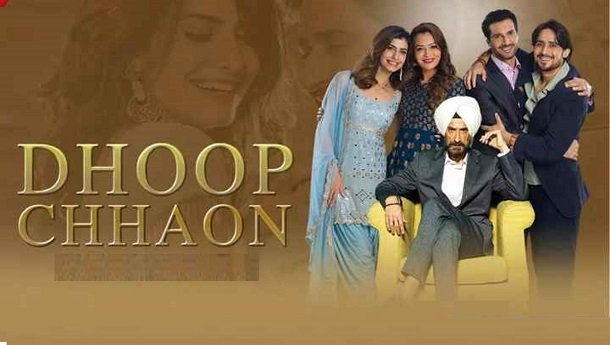 Unlike its title, Dhoop Chhaon has a mixed impact. After watching, the audience can get entertained and bored, too. Although the same story had a larger scope, the honest effort of director Hemant Sharan still failed to impress the audience.

The story revolves around Shaurya Diwan (Abhishek Duhan), who is a victim of our society’s corrupt and mentally sick people who don’t leave even small kids to fulfil their lust. Daljit Singh (Rahul Dev), a victim of the 1984 Sikh riots, starts illegal business operations in Delhi, and Shaurya joins him since childhood. Shaurya falls in love with Daljeet’s daughter, Simran (Simrithi Bhathija), but the dynamics of their families are different. Simran doesn’t like the illegal and criminal activities of Shaurya, and on the other side, Shaurya’s own brother, Aman Diwan (Aham Sharma), who loves a simple girl Meghna (Samikssha Bhatnagar), wishes to live like a gentle man. Does Shaurya really leave the crime world to find his true love, Simran? Does Aman get his love, Meghna, despite having troubled family records? To know the answers to all these questions, one must watch the film.

Music is the real and only strength of the movie. The music of the film is beautifully composed by Amitabh Ranjan, Neeraj Sridhar, and Kashi Richard. Singers like Kailash Kher, Javed Ali, and Bhumi Trivedi have impressed the audience with their melodious voices. All the songs are quite impressive and entertaining.

The 10 points that make this film below average are: 1.) Poor storyline 2.) Unreal feel of fight sequences 3.) Under-utilisation of the talents of the senior artists like Rahul Dev and Atul Srivastava 4.) Poor direction 5.) Loosely written screenplay and dialogues 6.) Unwanted length of the movie 7.) Slow pace 8.) Poor execution of some nice romantic scenes 9.) Hardly any twists and turns to hold the attention of the audience 10.) ineffective use of child artists.

Well-known actors like Rahul Dev, Abhishek Duhan, Aham Sharma, and Samikssha Bhatnagar failed to impress the audience this time. It’s not about their caliber, but about the underutilization of their talents. To a larger extent, other actors like Atul Shrivastav, Simrithi Bhathija, and Rahul Bagga have justified their roles in the film.

Overall, the film disappoints the audience on various parameters, so it can't be recommended to watch in a cinema hall. Better watch its video songs online whenever free; at least that may refresh your mood.