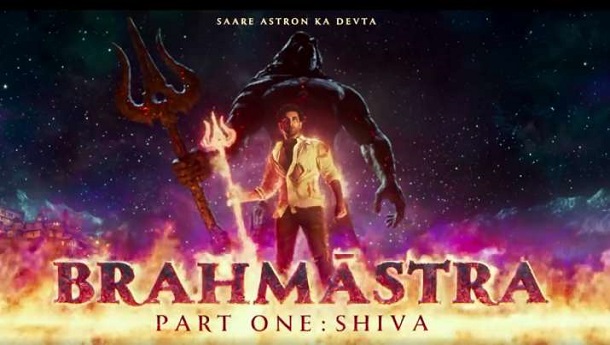 Brahmastra: Part One-Shiva is one of the most awaited fantasy adventure movies of the year. Writer-director Ayan Mukerji has taken the basic concept of the Brahmastra weapon from our ancient Indian mythological stories and connected it to the modern era.

The protagonist of the story is Shiva (Ranbir Kapoor), who possesses a unique divine ability that prevents fire from harming him. Despite being an orphan, he was eager to know more about his parents but lacked the knowledge necessary to do so. He falls in love with Isha (Alia Bhatt), a modern girl. Isha became closer to Shiva as a result of her curiosity about his odd life narrative, and the two eventually fell in love. Following her guru Dev's orders, Junoon, the queen of darkness (Mouni Roy), sets out to search for the three scattered locations of the Brahmastra weapon and fights with three distinct individuals to get those three portions for Dev so that he could become a superpower with the help of that intact Brahmastra. To obtain the three pieces of the Brahmastra, Junoon engages in combat with Shiva. Fortunately, Shiva meets Anish Shetty (Nagarjun Akkineni) in Varansi, and with the help of him, he reaches the ultimate senior guru (Amitabh Bachchan), the leader of the Brahmansh, a secret society of sages who harness the Brahm-Shakti. Throughout their journey, Shiva and Isha face the heat of the Junoon's divine powers. Does Junoon become successful in her mission? Does Shiva come to know about his parents? To know the answers to these questions, one must watch this film.

The mind-blowing music of Pritam enhances the beauty of the film and the background score is up-to the mark. Apart from that, the effective use of VFX is another positive point. The plot is enjoyable and reminiscent of many Hollywood fantasy-action films. The powerful fight sequences are quite impressive.

Despite there being so many good things in the film, it fails on various parameters, like 1.) An ancient Indian mythological concept poorly used in a modern context. 2.) Unwanted kissing scenes and a greater emphasis on modern love stories detract from the film's main plot about the Brahmastra weapon. 3.) Since the original concept of the Brahmastra weapon is purely Indian, a few more Indian mythological concepts could have been involved rather than getting inspired by the style of Hollywood fantasy adventure films. 4.) The first half is tedious and boring. 5.) The screenplay is poorly written, so it doesn't match with the overall standards of the film.

In comparison to the lead actors, Ranbir Kapoor and Alia Bhatt, Mouni Roy's character is showcased more prominently and powerfully. Megastar Amitabh Bachchan has done justice to his part, but somewhere it seems that it is a completely under-utilisation of his talents. There was a greater scope in his character to be extracted. Although Nagarjun has a small role in the film, his performance is still highly appreciable. Apart from them, Shah Rukh Khan's cameo role is quite impressive.

Overall, we can say this is one of the rarest Indian movies that has a mix of Bollywood and Hollywood, so if you like Hollywood's fantasy adventure movies, then this film is for you. So, why wait? Go and watch it in your nearest cinema hall.