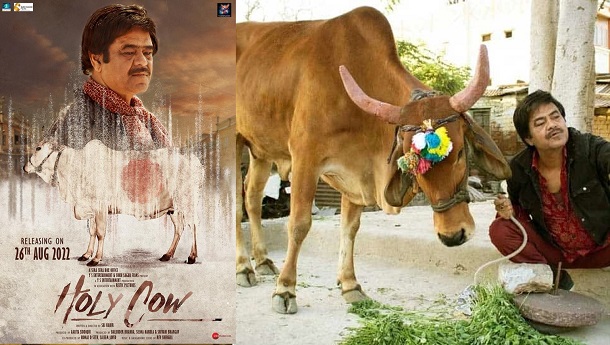 Director Sai Kabir's "Holy Cow" is a poorly executed concept single-handedly managed by brilliant actor Sanjay Mishra, who is the heart and soul of the film.

The story revolves around Salim (Sanjay Mishra), a small-town Muslim who has a wife and a son in the family. One day, Salim's cow goes missing, and he searches for it. A Hindu friend (Mukesh S. Bhatt) helped him a lot on this mission. He goes beyond any limit to find it, but does he get success? Does he come out of the communal issue he was facing? To know the answers to these questions, one must watch this film.

The comic timing of Sanjay Mishra is superb. He holds the attention of the audience till the end, single-handedly. Other artists like Tigmanshu Dhulia, Sadiya Siddiquie, Mukesh S. Bhatt, etc., have also justified their parts in the film to a larger extent, but the poorly executed storyline ruined the craze of the entire film. Nawazuddin Siddiqui has played the small role of a police inspector with no meaning.

Overall, this is an absolute disaster. Except from Sanjay Mishra's humorous dialogues, there is nothing in the film that can attract an audience at a cinema hall, so it cannot be recommended to watch.