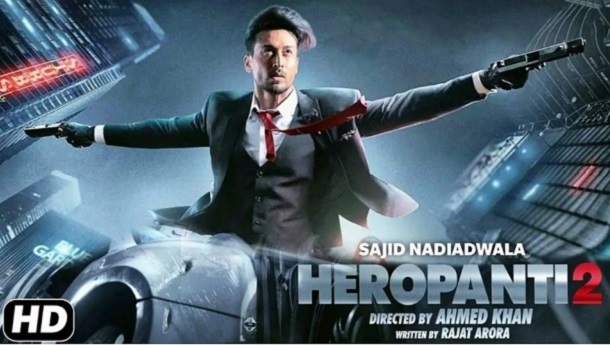 Director Ahmed Khan’s Heropanti 2 is just another action movie of Tiger Shroff. The story does not have any connection with Tiger Shroff’s debut film, Heropanti (2014).

The story revolves around Babloo Ranawat (Tiger Shroff) and Laila (Nawazuddin Siddiqui). Babloo is an expert computer hacker, and Laila wants to use him in his latest cybercrime. Laila wants to hack the bank accounts of Indians on March 31st because he believes that everyone pays taxes on this day, so this could be the best day to earn the most money. Inaaya (Tara Sutaria) is the sister of Laila, who is running behind computer hacker Babloo and wishes to have a long-term relationship with him. Does Laila become successful in his mission? Did Babloo agree to work for Laila? To know the answers to all these questions, one must watch the film.

Tiger Shroff is the real attraction of the movie. Tara Sutaria, on the other hand, has nothing to do in the film but still shares maximum screen space with Tiger Shroff. Nawazuddin, in the role of the lead villain, Laila, does not even have much to do in this film. He has almost repetitive dialogues about wanting to hack the bank accounts of Indians to become rich. Other actors like Amrita Singh, Zakir Hussain, etc., do not have much effective work to do in the film. Overall, this is a complete under-utilisation of talents like Tiger Shroff and Nawazuddin Siddiqui.

Heropanti 2 is all about action, action, and only action. Most of the time, the audience is unable to determine why so many action scenes occur for no apparent reason. It does not have many of the twists and turns that are actually required in a film to hold the attention of the audience. Unwanted action scenes and repetitive dialogues actually irritate the audience. Nawazuddin's character as Laila is developed beautifully, but later on, even that cannot work the way it was projected.

Music is the real and only strength of the film. The heart-touching music of AR Rahman actually enhances the beauty of the film. Songs like "Dafa Kar", "Whistle Baja 2.0", "Miss Hairan", etc. are the real attractions and quite entertaining.