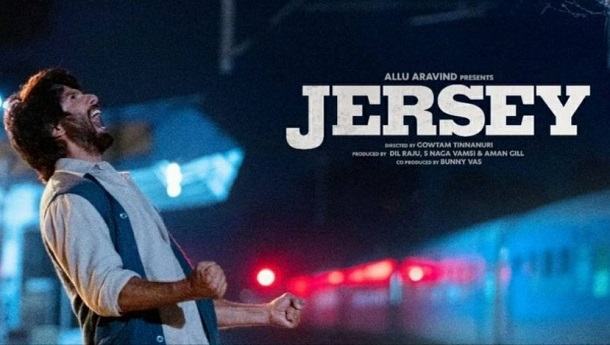 Jersey is one of the brilliant concepts emotionally served to the audience by director Gowtam Tinnanuri.

The story revolves around Arjun Talwar (Shahid Kapoor), who was one of the best cricket players of his time, but due to unavoidable circumstances, he had to leave cricket. Arjun had no family, but his long-time girlfriend Vidya (Mrunal Thakur) marries him and gives birth to a baby boy named Kittu, aka Karan (Ronit Kamra), and thus Arjun becomes a complete family man. Arjun’s previous cricket coach, Madhav Sharma (Pankaj Kapur), wanted him back in the stadium because he personally believes that Arjun deserves to be part of the Indian cricket team. One day, Arjun’s seven-year-old son Kittu demands a jersey, but unfortunately, his financial situation doesn’t allow him to buy a jersey that costs 500 rupees. This situation compels Arjun to take extra ordinary steps to fulfil the innocent demand of his son. Does he fulfil the demands of his son? Does he return to cricket? To know the answers to all these questions, one must watch this film.

Director Gowtam Tinnanuri has beautifully connected the emotions of the audience through this film. The supremely talented Shahid Kapoor is the heart and soul of this film, and he centrally controls everything beautifully to engage the audience. He has showcased and presented himself on screen as a father who goes beyond any limit to fulfil an innocent demand of his son. The emotional connection between a father and son is brilliantly showcased in the film.

Shahid Kapoor is the centre of attraction in the film. On the other hand, actress Mrunal Thakur has also impressed the audience with her performance. Although Pankaj Kapur has a small role in the film, he still impressed the audience with his outstanding performance. Apart from them, other artists like Geetika Mehandru, Ronit Kamra, Shishir Sharma, Rituraj Singh, etc., have also justified their parts.

Although music does not play a major role in this film, but still, the music score by Anirudh Ravichander and the songs by Sachet-Parampara are quite impressive.

Overall, this is one of the finest movie of Shahid Kapoor. It's all about fatherhood, family values, and human emotions. The film is a little bit dull and boring post intermission, but the powerful climax impresses the audience and covers up the other weak points of the film. Above all, this is emotionally yours. So, why wait? Go and watch it in your nearest cinema hall.