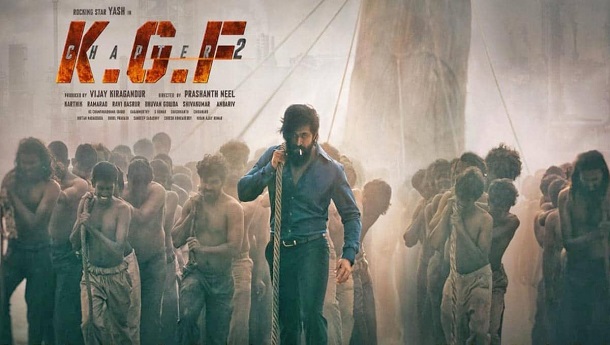 Director Prashanth Neel’s K.G.F Chapter-2 is technically a high-end film. No doubt, actor Yash is the heart and soul of the film but Sanjay Dutt is undoubtedly bigger strength of the film.

The story revolves around Rocky (Yash) who rules the illegal business empire but Adheera (Sanjay Dutt) becomes his biggest problem. Their enmity reaches to the next level where one had to lose the life. Apart from Adheera, the Prime Minister (Raveena Tandon) also gives a big challenge to Rocky. Does Rocky maintain his power in the empire? Could PM and Adheera stop the unstoppable Rocky’s race of success? To know the answers of these questions, one must watch the film. Climax is the real crux of the story, so; one must watch the film to know what happens at the end.

Supremely talented Yash and Sanjay Dutt are the real attraction of the film. They centrally control the entire film. Apart from them, other artists like Raveena Tandon, Srinidhi Shetty and Prakash Raj have also justified their roles in the film. Although Raveena Tandon has a small role but still she has impressed the audience with her powerful performance.

Use of VFX and special effects increases the beauty of the film. Apart from technical aspects, the background score of the film is another attraction. These two factors actually takes the film to the next level but somewhere, despite having many good things in the film, the poor storyline and unwanted length of the film damaged the film to the larger extend.