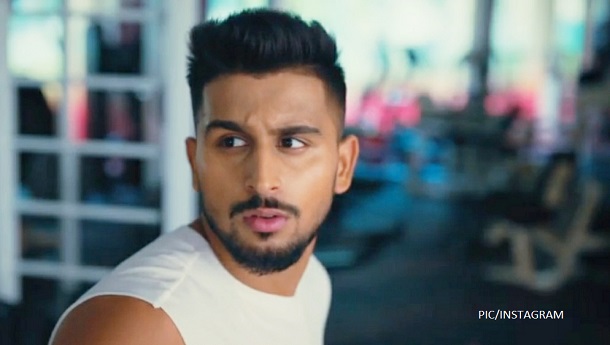 The bowling lineup of the Indian cricket team is currently one of the most fearsome bowling lineups in the world. A team that previously used to rely heavily on their batting is now capable of bringing the rival teams on their knee, thanks to its menacing fast bowling squadron.

The pace attack has become even more threatening now since the time, Umran Malik, a youngster from Jammu has been added to the Indian cricket team squad. The 22-year-old first made the headline during the IPL 2022 season where he kept on bowling #FasterThanFast. The youngster consistently kept on hitting the 150 kmph mark and even bowled the fastest delivery of the IPL 2022 season. The 157 kmph he bowled against Delhi Capitals attracted more eyeballs towards him and it even made him the fastest Indian bowler in the history of the game.

The tearaway speedster who is constantly in news for his fast bowling recently posted a video on his Instagram where he is seen performing a High-Intensity Interval Training with a rope in a short video clip. The magical pacer gets the shock of his life by an enigma moving even faster than him in the video.

For the man who is known for his speed, this proves to be a jaw-dropping truth. As much as he is shocked as much as he is curious to find out what is #FasterThanFast. He wants to know what exactly is so fast that it is gone in the blink of an eye. How fast he gets to the truth is anyone's guess.

The pacer picked up his maiden fifer against the Gujarat Titans in the previous season of IPL and ended up with 22 wickets in 14 games. His impressive performance in IPL earned him a place in India’s T20 squad and he made his T20 debut for India in the recently concluded T20 series against Ireland.

Umran Malik, until now in his career, has appeared in 17 IPL matches and 3 T20 games for India.