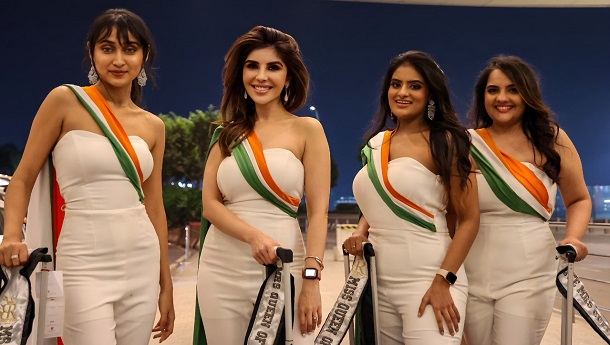 Founded by former Mrs. World Alice Lee Giannetta, the Queen of the World Pageant is an inclusive, open to all platform aimed at empowering women, and breaking stereotypes. The beauty pageant recognizes the true queens of the world and that is what makes it one of its kind of a beauty pageant and aims to encourage women to follow their dreams no matter what their age. The QOTW India event was lead by National Director for Queen of the World India, Urmimala Boruah.

The winners from all categories (Miss, Ms., Mrs. and Elite Mrs.) will now be headed to the Morristown New Jersey, USA along with representatives from an array of other countries. India will be representing itself across all categories for the very first time, in what truly is a rather unconventional pageant.

The winners, namely, Miss India Gitika Karwa, Ms. India Krishangee Gauree, Mrs. India Rohini Mathur, and Elite Mrs. India Dr Reshma Jhaveri are gearing up for the big event. Gitika, is a sports person and has represented India at international as well as national platforms. Krishangee, on the other hand, is a finance specialist, currently working in New York with an illustrious career and education. Rohini, on the other hand, is a fashion designer and influencer and works for a cause while supporting acid attack victims. Reshma, is an Ophthalmologist, a mother to two teenagers and runs her own clinic. Each of them belong to different walks of life and aren't professional models, something that sets this pageant apart in it's attempt to create role models and not just super models. Without putting all the focus on looks and beauty, this pageant aims to see beyond, and present before the world women who are strong headed, doing well in their lives, and are walking the ramp for a cause that will instill a sense of pride in many others like them.

Talking about the same, India director Urmimala says, ''The pageant is all about inclusivity, and as a next step, we will now be representing the country at an international level. While this means additional responsibility, it also means a bigger platform for all the Queens who have made it to the top. I take immense pride in being a part of the pageant that tries to showcase the real queens of this world.''

The event kickstarts from 7th March onwards and the grand finale is scheduled for March 12, 2022.