A film critic is someone who loves cinema the most: Shreya Dhanwanthary 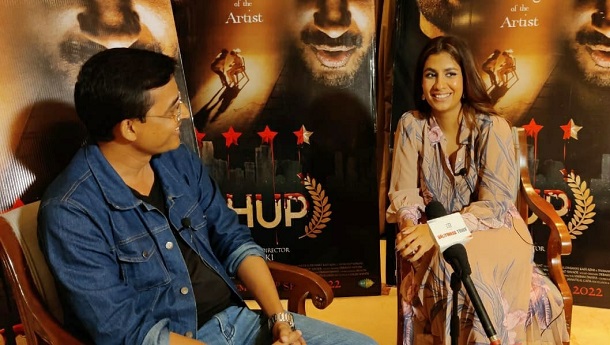 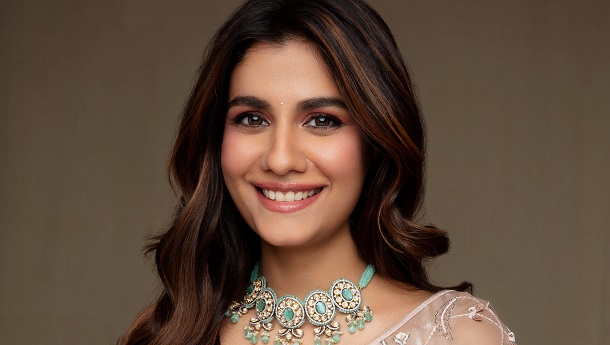 Shreya Dhanwanthary is a renowned model and actress who started her acting career with a Telugu film. She was noticed in the Hindi movie "Why Cheat India" alongside Emraan Hashmi and in the popular web series "The Family Man", but she actually shot to fame with her powerful role of Sucheta Dalal in Hansal Mehta’s hit web series "Scam 1992". Once again, she is playing the role of a journalist in director R. Balki’s film "Chup". In an exclusive interview with Yogesh Mishra, she spoke about her working experience with Sunny Deol in "Chup", the best thing she liked the most about director R. Balki, memories of working with "Scam 1992" and more...

Tell us something about your latest film, "Chup”?

This is all about the critics. I think a film critic is someone who loves cinema the most, because they see it, review it, and come up with the subject they love the most. This film is basically about the critics who write it off as a personal attack. It’s actually not against the critics, but it is against those people who are frauds, who in-act like they love cinema, but actually they don't.

You have worked on many films and web series as well. Did you ever realise that any critic has not done justice to you or your film?

Touch wood, not so far. They (critics) are lovely and kind to me.

As per the trailer, "Chup" is a movie about the serial murders of film critics. So, is there any threat to film critics?

Don't worry, you will be alive (laughs).

On the poster of "Chup", 3.5 stars are mentioned much in advance of its release. What is the reason or logic behind it?

What would be your rating of your own film, "Chup"?

The whole point is not to give any ratings to the films. It’s about taking what you like and forgetting what you don't like.

No no. Critics are actually very important. I genuinely think they evaluate the film. They actually love films the most. They can actually tell what is right and wrong in the film. That is fair enough, but when someone uses really bad words about the film, that should not happen. There should be a way of reviewing a film.

What is the best thing in the film that you like the most?

There are three points: the beginning, the middle, and the end (laughs).

How was your working experience with director R. Balki?

He is a genuinely very kind person. He is very sensitive, and the best thing I like about him is that he laughs very easily. I really like that. He always makes you comfortable on the set.

What about Sunny Deol? Can we expect his actual action avatar in "Chup" too?

Yes. There are enough action scenes in this film. He is a very nice person and always says "love you beta ji". He is too cool and a very sweet person.

You have worked in the film "Why Cheat India", followed by the "Scam 1992" web series and now "Chup". Don't you think there is something common or unique in these titles? Any comment?

(Laughs) I know you are very smart in relating these titles, but it’s nothing like that. Apart from these names, I have also worked with "Loop Lapeta" and "The Family Man" etc. So, I think there is no correlation between these titles.

You have played a very powerful role as a journalist in the "Scam 1992" web series. Can you share any of your fond memories from the set?

I actually got an opportunity to meet Sucheta Dalal in the middle of filming. I, Pratik, and everybody else were quite excited to meet her. I was shocked to meet her and didn't say anything there. I just shook hand and said, "hi Mam." I didn't know whether she liked my work or not because I was playing her role in that web series.

My film "Chup" is released on cinema day, so go and watch it with your friends and family. You will definitely like it.