Due to social media, the mystery of an artist is not there anymore: Hema Malini 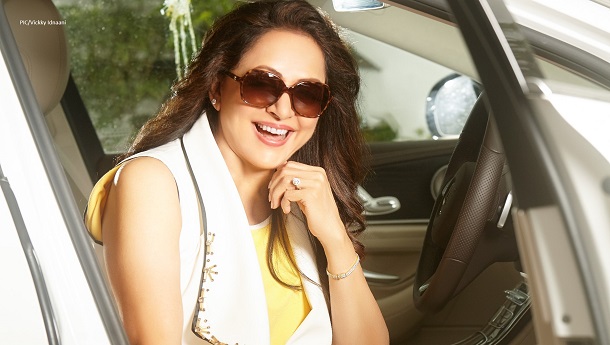 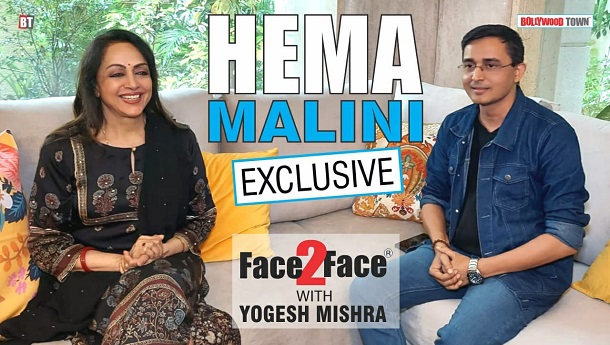 When the word "dream girl" comes to mind, people immediately recall or remember the face of Hema Malini. Yes, we are talking about Bollywood's dream girl, Hema Malini, who has ruled the industry for almost five decades. She was introduced to the film industry as a dream girl first, then later on she came up with her real name as Hema Malini. Being a Member of Parliament, she has certain priorities, so she is currently not taking any film projects, except a few ad films. She is a devotee of Lord Krishna and has a big dream plan for Mathura. That’s why when the time came to enter politics, she chose the Mathura constituency. On the occasion of Bollywood Town magazine’s 7th anniversary, she shared many hidden and amazing facts about her life with Yogesh Mishra. She spoke about why she joined politics despite being one of the most successful actresses and more.

A dream girl, beyond the dream girl, now the cover girl of Bollywood Town magazine. This girl has come a long way? Any comment?

Thank you so much, and congratulations for completing seven years of "Bollywood Town". Amazing how this tag has remained with me.  I was introduced to films as DREAM GIRL in the beginning, so I remain a dream girl forever.

People used to call u dream girl even prior to your movie released in the name of 'dream girl'. Is it?

I was introduced to the film industry as a "dream girl," and my name, Hema Malini, came later on. The producer of my first film, ‘Sapnon Ka Saudagar', introduced me with Raj Kapoor saab in that film as a dream girl. I said, "Why dream girl, my name is Hema Malini? Then he said, "No, no, this is a suspense, so this is how you'll be introduced, and then afterwards it carries on." I think his idea was very wonderful. My film in the name of "Dream Girl" came much later.

I was not at all interested or wanting to become something that absolutely was not me, but, as I became quite popular and popular all the time, so many people and politicians started approaching me to campaign for the party. But I never used to go. I said, "no, I don't." This is not my area. I don't want to get involved in any way. Our colleague Vinod Khanna from our industry, joined politics much prior to me and he was a big fan of Shri Atal Bihari Vajpayee. He used to keep mentioning how beautifully Atal ji speaks. He said, "I'm going to contest from Gurdaspur and I want you to campaign for me." I said, "Okay." My mother was also inspired and asked me to campaign for this party, and she said there is nothing wrong with that. Then I said, "What do I speak?" So, she also wrote speeches for me. So, when I went there, I saw that suddenly I was in front of some 5000 or 10000 people. I think it was quite a good experience. Even Atal ji liked my film "Seeta Aur Geeta" and he was also a big fan of mine at that time. So that is how I'm in politics, but I'm happy that I made so many films. If I look back, I feel really proud and it gives me immense pleasure that how I worked, how much I worked, and all those things, whatever I did at that time, that glory is still going on with me though.

You are a successful actor and a politician as well. How do you manage your political life and acting career together?

Not only two, and then I had to take care of my house, my children, and my people. Apart from that, there are so many other things too.

You are an elected MP from Mathura. So, how frequently do you visit the temple of Lord Krishna there?

So, how is your experience working with the locals of Mathura?

I have to deal with the District Collector, etc. We have to meet the general public, then go to different areas. I have five constituencies in my region, so I need to go to all these different places also. I talk to them about their needs, etc. I get from the MP fund about five crores per year. We get, so we have to distribute and give to people for betterment and development. So that is all. You can see the difference.

You are a trained Bharatnatyam dancer, and your daughters are too. Why is the current generation going away from these Indian arts?

Yeah, you can see it on the television channels that promote dance, which is a very different kind of dance, and, of course, those children are remarkably talented. They are able to do it, but otherwise, we can see a lot of talented artists. They are learning; all the schools are there, and they're into it. Like my children, both the girls, they also do Odissi. So, we all used to perform together. Now she's married, but still, give time.

Who is your inspiration in this classical dance?

That is my mother. She always wanted a girl child, and then the girl child should be an artist. So, whatever she thought in her mind, she moulded me like that, so I became like that as she wanted. So, I can say, she has manifested me, actually. So, whatever I am today, it is only her blessings.

Actually, your directorial film "Dil Aashna Hai" was a debut film for Shahrukh Khan, the superstar, but since this could not become his first released movie, credit still goes to you for identifying and introducing such talent to the world. Any comments on this?

Yeah, I used to watch television and I liked him in the TV serial Fauji. He was something different from other people. At that time, I was planning to make a film called Dil Aashna Hai. He was in Delhi then. I called him over and since I liked his work I offered him the main lead in the film. Shah Rukh is a wonderful person and he always remembers this incident.  He never fails to mention it even today .

The success of a film is purely decided on the basis of box office collections and not on the basis of the number of days it runs in cinema halls. Previously, it was called Silver Jubilee, Golden Jubilee, Diamond Jubilee, etc. What’s your take on this change?

Even earlier, it used to happen. If the film was not good, then that came out of the theatre. But nowadays, in the next two days, we are seeing how much collection is done and how it is done. I have no idea, but that is the impact today. During that time, you used to run for so many weeks that we called the golden jubilee, silver jubilee, and the diamond jubilee. Nowadays, this is too much commercialization, and every artist is just available on social media. Yeah, everything is open to them. What do you call that? That mystery of the artist is not there anymore. Thanks to that time, because there was not much television and the mobile phone, etc., at that time, the craze was so much to see an artist.

You have worked with Dharam ji in so many films and most of them have been super hits. Can we see you once again with Dharam ji on screen? Is there any such film offer or chance?

Honestly, there are no such offers. I also feel having worked in such wonderful projects in the past and having given such mega hits, unless we have such a story it makes no sense in coming together for any random movie. I think people should keep those beautiful memories always and not let them fade away.  Those times will never come back.  Unless someone comes up with a unique subject that all would relate to and would love to watch.

Can we expect another Baghbaan type of movie again in Bollywood?

Please tell the producers and directors (smiles). I'm ready to do it if any such script comes to me.

Tell us something about your feelings as a grandmother. From your busy schedule, do you really get enough time to share with these small kids?

I enjoy being a grandmother to my little ones. I spend quality time with the children. I have not put up any pictures of theirs on my wall because I don’t want to expose them right now. They're wonderful. I have one grandson and 4 grand-daughters.  So, five of them. I have two daughters, Esha and Ahana, so I had never experienced a boy. I find it very interesting watching my grandson grow.  He is so different from the girls.  Being part of their formative years is such a wonderful experience.

We have seen Dharam Ji, Sunny, and Bobby together in films. When can we see all the females of the Deol family together, you, Esha, and Ahana?

Together, me, Esha, and Ahana have done so many shows. My daughter Ahana doesn’t want to work in films. She's into film making. She's so pretty and even Dev Sahab wanted her to act in movies, but she refused. So, I told him not to force her. If she's really willing to do it, let her do it.

I'm not working on any movie projects right now. I want to do ad films only. I'm really waiting and looking for a nice role to come because really it should be good for me to perform today. You know, I don't want to spoil those sweet memories of my old films. People have beautiful memories of those films. If I get a role in something like Baghbaan, I'll be glad to do it, but it should be centered on me.

Any specific director(s) that you think you should come up with?

I can't say that. If there is any script like Baghbaan, I am open to it. But I think, like those producers and directors who used to think that, they are not anymore. That story belongs to every generation. Even still, there are so many complications in a family like that, not necessarily of the same type, but so many other problems that can be projected very nicely.

It’s the 7th anniversary of our prestigious magazine "Bollywood Town" and you are the cover girl of this special issue. Any message for the readers of Bollywood Town?

Congratulations for completing seven years of Bollywood Town. Please keep the good work on and help people know more of the wonderful people of the film fraternity, through your magazine. Do remember to bring the focus on people who work behind the scenes and the camera.  We have a treasury of talent and conscientious people on both sides of the lens.  I once again wish your magazine the very best and I'm glad to be the cover girl of Bollywood Town.