You have to be very spiritual to understand the dark side of the story: Vikram Bhatt 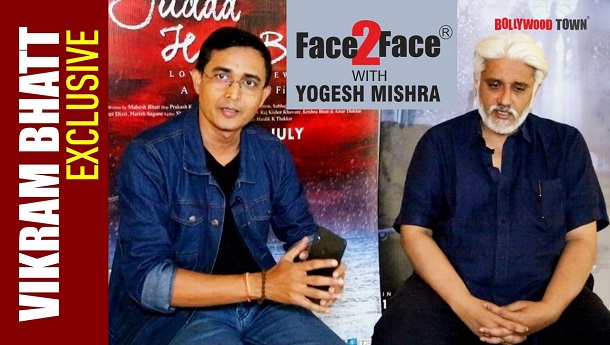 Director Vikram Bhatt is known for many hit films like Raaz, Ghulam, Aap Mujhe Achhe Lagne Lage, 1920, etc. Most of his movies belong to the horror genre, and this time, once again, he is back with a horror with a difference. In an exclusive interview with Yogesh Mishra, he spoke about his personal belief in spirits and supernatural powers, his association with K Sera Sera Productions, his latest film Judaa Hoke Bhi, future plans and more...

You're known for your horror films, and this time you're back with another one, Judaa Hoke Bhi. What is special this time?

You must have heard the song that we are playing now. This was written by my boss, Mr. Mahesh Bhatt. Talking about horror movies, you have seen love stories in horror, but this time there is horror in love stories. That’s why the title of the film is Judaa Hoke Bhi. Firstly, this is a love story, then it is a horror.

Bollywood has hardly explored the horror genre. In comparison to Hollywood, we are far behind. Why so?

I think horror films are not really made much. I think I am the only person who has made as many films about horror. I don’t know why others are not exploring this genre. I don't think many A-listers would love to play such characters because I think they're scary and some of them are scared that they won't look good if they take a daayan’s getup. I don’t know, but perhaps that could be the reason.

Have you done any personal research on spirits or supernatural powers?

So, when industry people are going to see your spirituality or that section of your life?

People will come to know through this film (Judaa Hoke Bhi). This is my best film.

We are missing A-Listers in your films, even in your current one too. Is it part of your strategy or anything else?

I am not going to run after A-listers. When I have an idea, I want to make it. I can’t wait, especially for A-listers.

Have you personally felt the power of a spirit, ghost, etc.?

How did your association take place with K Sera Sera Productions?

K Sera Sera actually came to me for a single project. And then we started talking about many other projects. So now we have a company in place with experts, and soon we will announce many films.