I never thought of myself as an actress: Zareen Khan 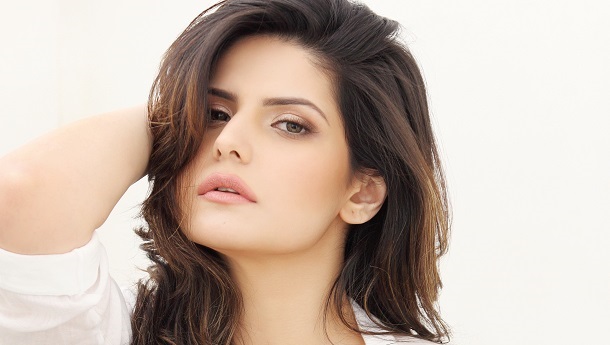 Zareen Khan is one of the renowned Bollywood actress. She started her career in Bollywood with ‘Gadar’ fame director Anil Sharma’s ‘Veer’ co-starring with Salman Khan. This film opened the door of Bollywood for Zareen. She has worked in many Hindi movies like- Ready, Housefull-2, Hate Story-3, Wajah Tum Ho and Aksar-2 etc. She believes that not only Bollywood, but our entire country is still not a safe place for women. In an exclusive interview with Yogesh Mishra, she spoke about the #MeToo movement, favourite actor, working experience with Salman Khan, future plans and more…

How did you get your first break in director Anil Sharma’s Veer?

It was sheer luck. Reminds me of Urmila’s Story in Rangeela. Only difference being I never imagined myself of becoming an actress. I got a chance to meet Salman on a film set... got a chance to converse with him. And for me it was a big fan moment getting to speak to Salman. Next I get to know that there’s a photo shoot arranged which Munna Singh will be shooting and Ashley Rebello had dressed me in his beautiful creations. Munna starts clicking my pictures and in between, Salman who was shooting for a film, comes and joins me in that photo shoot. I had no idea what was happening and it was all very overwhelming and intimidating at the same time. Pictures came out and was sent to Mr. Anil Sharma who in turn wanted to see if I can act and more importantly speak Hindi fluently and decided to take an audition... this happened I guess in a day or 2 giving me not much time to prep. And Voila ! I was the chosen one for Veer... something that did not sink in me even throughout the filming of the whole film. It was all very surreal for me. I am thankful and will always be thankful to Salman for believing in me and giving me such a huge opportunity.

Although you started your acting career with Bollywood’s Dabangg Salman Khan but still you got the real recognition from Housefull-2. Any comment?

I think it was Character Dheela song and then Hate Story 3 that actually gave me a lot of recognition. My debut with Salman was a dream debut. I couldn’t have asked for anything better or more esp. for a person who never thought of being a part of this industry. But I wasn’t received well after my debut film with a lot of comparisons of every sorts and majorly because my weight was made to sound like a national issue. But I think people's perceptions change with every film you do and that’s what happened.

Never. If it wasn’t for Salman, I don’t think I would be a part of this industry because I never thought of myself as an actress. I was and am a tomboy and for me actresses are always perfect beings with perfect hair, mannerisms etc. which I never thought I had or still have.

The depiction of your emotions which you learn from your real life experiences.

Ranveer Singh because he can play any character effortlessly no matter how difficult it is and how contradictory it is from what he is in real.

How was your working experience with Salman Khan?

It was surreal. I couldn’t believe it throughout the filming of ‘Veer’ that I was actually working with him. It felt like a dream and Salman, being such a huge personality did not make me feel like a new comer. He is a man with a heart of gold.

Can you define ‘beauty’ in your own words?

Being real no matter however imperfect that might be.

What was the best ever complement you have received so far?

That I have the innocence of a child which I shouldn’t let anything or anyone take away from me.

Many actresses are now sharing their #MeToo stories. Do you feel Bollywood is a safe place for female artists?

First of all I wanna salute the courage of all the women who have come forth and shared their stories. But I want media and people to understand that this is not a gender fight. It’s a fight about being done wrong to sexually and inappropriately. It cud be a guy being exploited by a guy, a girl being exploited by a girl, a guy being exploited by a girl etc. all these possibilities also exist when we speak of #MeToo but the focus is somehow only put on women wronged by men. Secondly, though #MeToo movement has gained a lot of momentum thanks to Bollywood but it is not just an issue that only women in the Hindi film industry are suffering from. Sexual exploitation of women starts most of the times from their own homes where they are molested by their own family members. Women traveling from public transport are groped every day and have to still put up with it. Why are their #MeToo stories not heard? Just because they don’t have some big name to throw, so no one wants to know what they going thru? So why just Bollywood, I Don’t think our country is still a safe place for women.

Do you think #MeToo campaign is strong enough to give justice to the women against sexual harassment?

#MeToo campaign has gained a lot of momentum today because we live in a digital world where social media has become a bigger medium than anything else. I really hope that this campaign gives the justice its required too. Hats off to people who have come forward and taken a stand against it and administrating justice in their way. But somehow, I think we are a very distracted species, and it’s very easy to divert our attention from one thing to another since I’m no more hearing any more of #MeToo stories but bombarded with who’s wearing what at who’s parties, instead.

I haven’t really had the opportunity to work strongly in the South Industry though I really want to. I have heard great things about their discipline and working style and I want to experience it too.

Given a chance, would you like to try your luck in politics or in social activities?

Politics - NO, social activities - yes! In-fact I already have been connected with many social causes related to the girl child as well as animals.

Apart from acting, what can be the alternate business for you?

Being a Detective.... I’m great with me R&D. Hahahaha

I take each day as it comes. Because I’ve realised all the planning I did for myself never worked and God always has better plans for me.