Films have the power to change society: Iti Acharya 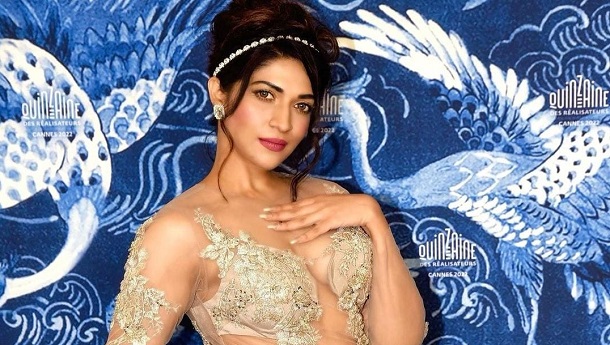 Iti Acharya is a renowned actress, predominantly known for Kannada films. She plans to produce a Hindi and Kannada film in the near future. She is currently working on an untitled Hindi film too. She has worked in many hit Kannada films like King & Queen, Lakshmiputra, and many more. For the second time, she is attending the prestigious IFFI in Goa. In an exclusive interview with Yogesh Mishra, she spoke about her upcoming projects, plans to produce a film, and more…

A dreamer and hustler

Tell us something about your upcoming movies?

My new film is called King and Queen, it will be a social thriller drama. I am even producing a few projects at the moment and currently searching for some exciting stories.

How easy or tough was it to get the entry in South Indian film industry?

To start working in films was not very difficult to be honest for me but the real deal is surviving. Somewhere down the line it’s very important to find a balance in kind of projects I take up. The kinds which would be good for my professional growth as well as excite me emotionally. That I would say is the most difficult part.

There are many films but I would say recently Kanthara really touched my heart. It has everything which a perfect project must have. I feel films have power to change society. This is one such film, bringing us “back to roots” acknowledging our rich culture, highlighting social issues and a true craftsmanship of a brilliant director. Rishabh sir has made wonderful films in Kannada since years, it’s just that world is getting to know about him now. I am a big admirer of his work since years and a very big fan of him as a person too, one of the most authentic person I have even seen.

What are your plans to enter in main stream Bollywood movies?

I don’t think we are any more in the age where I need to enter anything . I am a part of Indian film industry over years now with experience of working in various language films. I just want to be part of quality projects and as an actor would give my best to whatever I work in, irrespective of the language or duration of the project.

How was your experience in IFFI?

This is my second time and IFFI and I  just keep falling more and more in love. So much happening under one single roof, and in what beautiful and grandeur manner. Hands down to our ministry for making it such a grand success.

I would like to thank the readers of Bollywood Town for showing their interest and support for actors like me. It’s only their love and admiration which help us work and grow in life. May you all shower us with similar affection always.