My name was given by my mother, so I think she is a visionary: Vidyut Jammwal 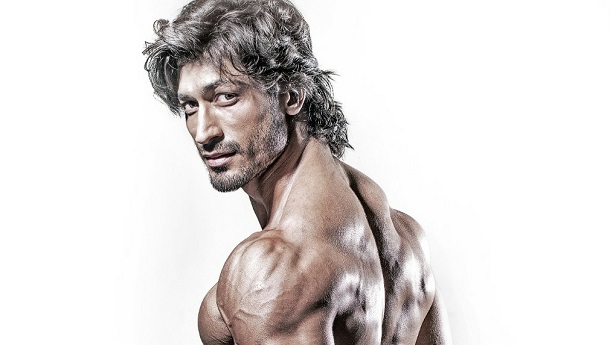 Vidyut Jammwal is one of India's biggest action hero. He is known for his world-class action stunts in films. He has worked in many South Indian and Bollywood films, but is best known for his action roles in the Commando film series. He is also a practitioner of Kalaripayattu. He has received several awards for his outstanding performances in films. Through his outstanding action movies like Commando, Baadshaho, Khuda Haafiz, and Sanak, etc., he has created a special place in Bollywood. Due to the pandemic situation in the country, his last couple of movies were released on OTT, but now his fans will be able to experience his action sequences once again on the big screen. In a conversation with Yogesh Mishra, he spoke about his upcoming film ‘Khuda Haafiz Chapter 2: Agni Pariksha’, his magical name given by his mother, his attempt to join the Indian army, future plans and more...

Khuda Haafiz Chapter 2 is finally ready for release in cinema halls, although the previous instalment was released on OTT. Generally, people wish to watch such action movies on the big screen only. Any comment?

During the release of Khuda Haafiz part 1, the pandemic was at its peak. The theatres were closed, and we had no choice but to release it on an OTT platform. If we could have waited for cinema halls to reopen, it could have been too late and producers could have made a huge loss.

Your previous films were highly appreciated, so what are your expectations from this film (Khuda Haafiz Chapter-2)?

I'm giving double effort. We always expect good things to happen, but it is the public/audience who decides the fate of a film.

Did you feel anything new while doing this film (Khuda Haafiz Chapter-2)?

Although you might be taking necessary precautions before doing stunts but still who is more protective in your family who stops you to do the stunts?

My mother is always concerned and has been concerned about my stunts. She prays to God continuously for eight hours until my shoot for the day is not over. I think it could be happening in every family.

Then why don't you listen to your mother and stop doing such dangerous stunts?

I have strong faith in my mother's prayer. I strongly believe that her prayer will save me and nothing is going to happen with me while doing stunts and action scenes.

How did you start your career as an action hero?

I have spent almost 11 years in the industry. I have been watching great actors, but I think they never get recognition. Many of them are from NSD. The very first reason for doing an action movie is that I want to work with people whom I trust. I don't know about others, but I believe in them.

Your father is from a defence background, so how much does that help you as an action star?

It helped me a lot. It doesn't give the feeling of having a difference between Hindu and Muslim.

Is there any input from your father in your professional life as an action hero?

Yes. I have learned a lot. There are various regiments in the army, be it the Bihar regiment or the Maharashtra regiment. Nothing was taught to me but I have seen and realised that, in defense, nobody wishes to know about your state or religion there and this is the difference.

Did you ever try to join the army?

Yes, I tried, but I could not be selected. I just want to forget that. (laughs)

As an action star, I think you justify your name "Vidyut" (meaning current). Any comment on this?

This name was given by my mother, so I think she is a visionary who gave me this name.

When can we expect two of the biggest action stars, Vidyut and Tiger Shroff, to work together in a film?

I am not an astrologer who can predict (laughs). It is not easy. I think a very big budget producer is required for that.

You have done martial arts and learned so many other action techniques too. Roughly, what is the ratio of your input and the fight master's input while doing action scenes in your movies?

I can not define it in percentages as such. The action director comes up with a plan and concept, but yes, I also include my experience in that. So, I can say it's a collaborative.

You are known as purely an action hero. What is the next genre you are looking for?