Being a good father is more difficult than being a film star: Ajay Devgn 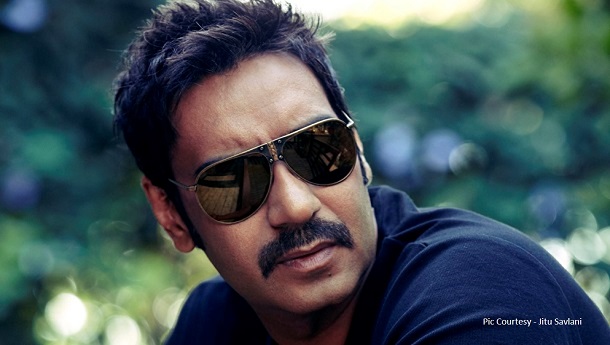 Ajay Devgn is one of the renowned actors in Bollywood, predominately known for his action movies. He has given many blockbusters and milestone movies in the past. Apart from acting, he has directed a few movies as well in the past, and now once again he is back with another directorial venture, Runway 34. In a conversation with Yogesh Mishra, he spoke about his working experience with Amitabh Bachchan, the making of Runway 34, the reason behind changing the name of his latest film, and more...

How was your experience with Runway 34 as a director?

It was a great experience. The script was fabulous, and it’s inspired by a true incident. I liked the way the drama was unfolding.

What exactly motivated you to direct a film like Runway 34?

Firstly, when you like something as a script, and then, as I said, I get involved in working over the script. The script shaped up very well.

Is it true that you used 11 cameras for the shooting?

Yes. Although there was a small space inside the cockpit of the plane, I still wanted to show a lot of things happening. I would not tell you where I placed the cameras and how (laughs).

As an actor, director, and producer, which particular part do you think you have justified fully in Runway 34?

Amitabh Bachchan ji usually comes much before time on set. Any comment on actors like Amitabh Ji?

He is an institution. We learn from him. Even if he has a problem, it does not reflect on his face. He works restlessly on set. He is a director’s actor. He has always been a great inspiration for all of us actors, including me. He gives his full dedication on set.

You have worked in 6-7 films with Amitabh Bachchan ji. How different was your working experience with him in Runway 34?

I have known him closely since the time I was just a kid. I know what his work ethics are. He inspires you always. He performs better than you expect from him. You give him a scene and he delivers the dialogues and completes the scene in five minutes. He continues to remain on the sets when there are actors who refuse to sit on the sets and rush to the make-up vans after delivering their shots. He does everything as you tell him to do it, and no questions will be asked. What else can a director ask for when Big B is acting under his direction? I do not think there is any director in the country who does not wish to work with him.

Is it easier to become a good father or a film star?

I think being a good father is more difficult than being a film star.

Have you ever been scared while sitting on a flight?

I do not at all remember what my first flight was. More than getting scared while travelling on a flight, I am more scared of going by lift because once my lift crashed and, due to claustrophobia, I had a big panic attack. I get breathless and go into a state of trauma when a lift stops midway through. Even now, I prefer not to go in a lift when there are more people in it and prefer to walk the steps.

During panic time, whom do you remember the most?

There is a different kind of feeling during panic. That’s a psychological disorder. You start getting breathless.

What was the reason behind changing the name of the film from May Day to Runway 34?

I changed the title of my film from May Day to Runway 34 because 80 percent of people didn't understand what May Day meant. A very highly educated South Indian I met recently asked me whether my film May Day was about Labor Day. In Maharashtra, people mistook the title for Maharashtra Day. The film is about what happens when the wrong runway is chosen. It is about which degree a pilot chooses to pursue while piloting his plane. revolves around runway 34, so this title was much closer to the storyline.

Is this inspired by a true event or completely fiction?

This is inspired by a true event that happened in 2015. It is based on a flight landing in Cochin. It is not a personal story about people but about the incident.

Runway 34 is releasing with Heropanti 2. As a producer, do you feel this kind of clash may have an impact on the box office collection?

Runway 34 is more of a drama, whereas Heropanti 2 belongs to an altogether different genre. I think both the films can fare well even if they are released on the same day. What’s the harm?

What was the reaction of Big-B after watching Runway34?

I think you should ask him directly (smiles). He spoke about this film in his making.