Gangubai Kathiawadi is a different kind of film: Alia Bhatt 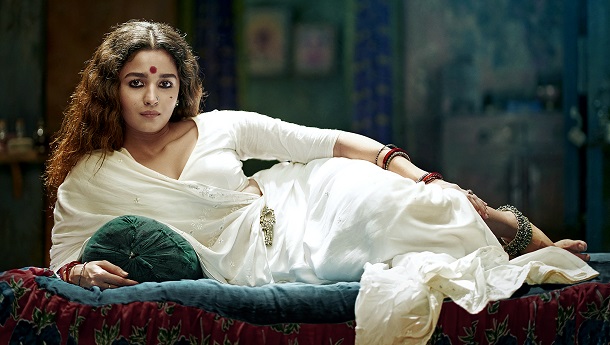 Alia Bhatt is once again in the news for playing a pivotal role in Sanjay Leela Bhansali’s one of the most awaited movie ‘Gangubai Kathiawadi’. She is playing the role of Gangubai in the film and superstar Ajay Devgn is also part of the film and playing the role of Karim Lala. The film is based on the book of S. Hussain Zaidi’s ‘Mafia Queens of Mumbai’. Alia has impressed the audience with her mind-blowing performance in Raazi and many other films too. In her recent interview, she shares her working experience with Ajay Devgn, her plan to visit Kamathipura, upcoming films and more…

How do you feel after such a long gap of lockdown / pandemic period?

It's a very long time, almost feels like, there was a time when we were confused like whether the theatres will come back to life or not. I believe that there are certain films that you cannot watch anywhere but the theatre. Experience of theatre is an irreplaceable experience. I'm really glad that films like Gangubai Kathiawadi, it's I believe, only made for big screen.

How much was Alia and how much was Bhansali combination in Gangubai Kathiawadi?

I think it's a combination of both. I believe so. Most of it is sir (Bhansali) because it is his vision. He really likes his actors to get involved and, in every scene, even in one liner he likes to take their (actors) opinion as well. What I discovered that there was a great synergy.

Did you know the story of Gangubai, before you were approached for this film?

No, I didn't know. Once I read the script, I found that, ohh this has happened. Then I did little bit more digging. I read S. Hussain Zaidi's book etc. I met with the authors. That was the kind of research I did for it.

Have you ever been to Kamathipura (Red light area of Mumbai) or team Gangubai had any plan to visit this place?

There was some plan but that did not happen. I forgot the reason but I could not go there.

How was your working experience with Ajay Devgn?

It was an amazing experience working with him. He plays such an important part in the film, and such an interesting part. And you can tell also from the trailer when he enters, in full look of Karim Lala. He was a very impactful person in Gangubai’s life. You can see that, what looks he gives. Ohh…

Many films are made on Kamathipura. Did you see any such film recently as a part of your preparation for Gangubai..?

Not recently, but that time sir (Bhansali) had told me to watch Mandi and Pakeezah like movies to get a sense. Actually, Gangubai Kathiawadi is a different kind of film. It’s not like a gangster film, it’s like a sort of strength or energy of a character. Kamathipura is just a backdrop of the film. The film is not about the working of Kamathipura. Its more about a character who fights for the rights of children etc.

This year is going to be a hard rock of success for you. Any comment?

Fingers crossed. That is the plan. I have three biggest films of my life is coming out this year, Gangubai Kathiawadi, RRR and Brahmastra.

Any message for the movie lovers and your fans?

Go and watch it (Gangubai Kathiawadi).