Life is filled with twists and turns: Celina Jaitly Haag 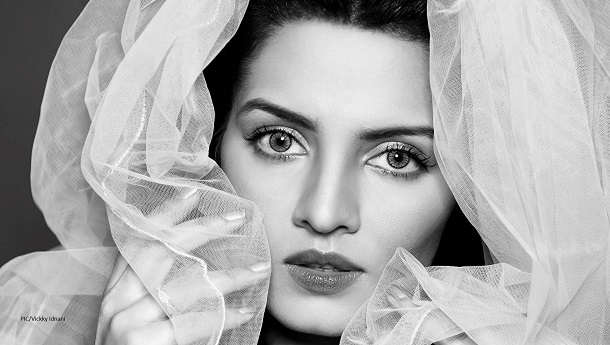 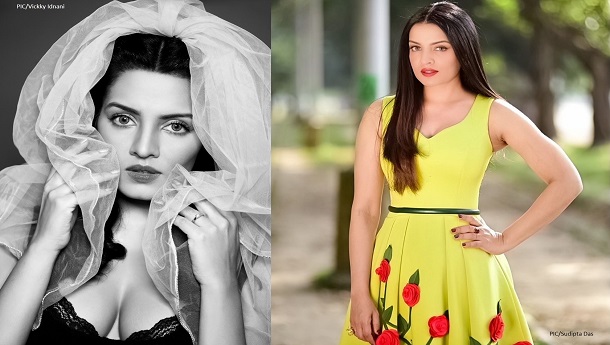 Celina Jaitly Haag is a renowned Bollywood actress, UN equality champion, humanitarian, activist and writer. She has been the winner of the coveted title of Miss India and Miss Universe runner-up. She made her debut with legendary director / actor Feroz khan’s ‘Janasheen’ and ever since has been the queen of hearts having established herself as a comedy queen through her super-hit comedy films like ‘No-Entry’, ‘Golmaal Returns’, ‘Apna Sapna Money-Money’ and many more. In an exclusive interview with Yogesh Mishra, she revealed why her latest film ‘Seasons Greetings-A Tribute to Rituparno Ghosh’ by Ram Kamal Mukherjee is the most valued piece of her works so far, first meeting with her better half Peter Haag, future projects and many more…

How were your childhood days? Can you share any memorable incident of those days?

My Father was an Infantry officer in the Indian Army and my mother was studying to be a psychologist then. The first decade of my life was spent in Shimla & Ranikhet (Kumaon Regimental Centre) following which I studied in Arunachal Pradesh, Kashmir, Bhutan, Binnaguri, Nagaland, Ahemdabad with short stints in Lucknow with my Grandparents when my parents were deployed in Non family stations. Living in the mountains as a child was a truly blessed experience. Monkey troops raiding our kitchens and pantries was a regular entertaining part of childhood. Curfew at 4pm due to fear of Tiger attacks in the Kumaon hills was a fascinating part of life. Waking up to the glorious views of Nanda Devi in Ranikhet or praying in Gompas (Buddhist Monasteries) in Arunachal and Bhutan was a childhood out of a story book.

You won Miss India contest in 2001. How easy or tough was it to win this contest?

Miss India is not just a pageant it is a platform that uses beauty for a purpose towards causes that uplift communities and even build economies. It is not easy to win a national pageant where in you are literally solely responsible for upholding the legendary legacy of India on an international stage. Miss India’s are made up of extreme amount of struggle, toil, hard work in high heels. Specially in India we also have to deal with all the things that try to hold us back specifically as a woman. Our journeys are very different from those of the women in the western world. Girls from small places specifically have to fight for many of the very basic opportunities and rights to make it to representing their country’s women on an international stage.

Normally it is believed that winning beauty contest is a simpler way to enter into Bollywood? What is you comment on this?

While the glamorous industry of Bollywood owes a lot to the Miss India pageant. Most of Bollywood’s iconic actress’s from Nutanji, Juhi Chawla, Zeenat Aman to Aishwarya to Priyanka, Lara and to myself have been former Miss India’s. Having said that, while the pageant provides you immense visibility & publicity for people to notice you, you are pretty much on your own one your reign is over, that’s why only 10 percent of beauty queens have had an impact the silver screen. It boils down to talent so only those who persevered and had talent for performance arts remained as long as they chose to and definitely will be remembered for posterity.

You are a role model for many upcoming models and actors. Any tip for them?

I would like to say that - Have courage in every sphere of life and remember you are not born with courage, but you must continuously develop it. Life is filled with twists and turns. We cannot control everything that happens to us but we have some role in how we react to the circumstances that come our way. Make a plan, set goals, prepare for the future you want, but recognize the fact that the plan needs constant modification. Most importantly, EVERY WOMAN SHOULD strive towards achieving to master the courage and ability towards: How to live alone…Even if she doesn’t like it. Have enough financial resources within her control to move out… And rent a place of her own even if she never wants to or needs to, pursue a degree in any field of education, even if she doesn’t need it, buy a good health insurance, get a driving license and most importantly as my idol the great Mary Angelou once said ‘Each time a woman stands up for herself, without knowing it possibly, without claiming it, she stands up for all women’.

When and how did you start your journey in Bollywood?

While Miss India and winning runners up at Miss Universe gave me immense visibility, I give all the credit to late and legendary Mr. Feroz Khan who launched my film career with “JANASHEEN”. Feroz Khan, my mentor signed me for my debut film JANASHEEN literally over the phone when I was in Peurto Rico at the Miss Universe pageant. The rest is history.

You have worked in many Bollywood movies, which is your favourite out of them and why?

Despite having done many super hit movies my latest film SEASONS GREETINGS- A TRIBUTE TO RITUPARNO GHOSH by Ram Kamal Mukherjee is most valued piece of my works so far. This movie is a calling from beyond. A calling of four very important people in my life who are no more. Ritu Da, My late Parents, and Mother figure Trans person who is no more. It also marks my comeback after a gap of almost 8 years. Besides accumulating 4-5 star rave reviews from critics, I also won my first Filmfare. Besides Filmfare (ME) I also bagged many other awards including IWMBUZZ and 4 Best film / best actress awards and 12 nominations in film festivals around the world. I was mentored by theatre Thespian Lilette Dubey and this truly was an incredible learning land mark experience in my career journey.

When and how did you get connected to your better half Peter Haag for the first time?

Peter and I were introduced by family in Dubai. My Aunt and Uncle had met Peter before me on various occasions and even though he was not Indian they felt we were soulmates even though I had never met him ever. The family pushed for a meeting and it was one that we did not regret. They were right.

You have won many awards for your acting. Any specific award that you still wish to win?

To continue to stay deeply cherished by my fans is my biggest award. Of course, I would like my work to be acknowledged by all prestigious awards that exist but I must continue to do good work that pleases my fans and the rest would follow automatically.

You have given many hit comedy movies and thus you established yourself as a comedy queen. Which another genre you want to explore next?

I would love to do something in German as I am a German speaker as well. I would love to continue doing comedies as it truly enriches the cinema goers life in a positive way besides me truly enjoying comic scripts. I am keen to do biopics and a period piece as well. Action is a genre long overdue I think a war movie would be great considering the environment I grew up in, I would do justice to the uniform significantly.

I am super excited about something that I wanted to pursue in comedy for a long time, it’s best not to speak much now, specially in times when all work spaces are hit by the pandemic. I do not wish to jeopardise myself or any crew member until a bit later in 2022, so hopefully we can all begin a pursuit of our dreams in a safe environment.

Thank you to all readers of Bollywood Town for their continued support and love. It has been truly enjoyable to share a glimpse of my very personal life through this cover story, I hope it makes a permanent place in your hearts… for I will always be a product of your love and adulation.