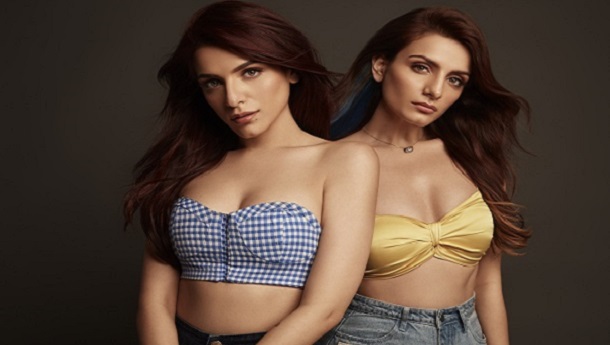 Sukriti Kakar and Prakriti Kakar are Indian singers who started their singing career in their early age. Both are twins and having common interests. Everyone in their family sings, including their sister Akriti except their father. They learned music from their mother, who is a music teacher. Sukriti made her debut as a playback singer with the title track of ‘Boss’ in 2013. Her biggest hit of 2016 was ‘Kar Gayi Chull’ from ‘Kapoor & Sons’ that made her a household name overnight. She has done 100 shows across the world till date. On the other side Prakriti Kakar began her career with ‘Katra Katra’ from ‘Alone’ in 2015, which came with the smash hit for her. Apart from that ‘Subah Subah’ from ‘Sonu Ke Titu Ki Sweety’ and even track ‘Hawa Hawa’ from ‘Mubarakan’ were listed as number one among the top ten songs in 2017. They are the one half of India’s only ‘singing twins’ with the essence of music running in their blood. Kakar sisters have impressed the nation with many of her Bollywood songs. Now singing twins gave a smash hit remix of Dua Lipa's levitating composed by Amaal Malik. In an exclusive interview with Yogesh Mishra, they spoke about their memories of childhood days, favourite Bollywood singer, Bollywood debut, qualities they wish to have in their better half and more…

Sukriti- I think I would like to call myself a go-getter who doesn’t like to sit on her opportunities, loves to work hard and isn’t afraid to face a challenge!

Prakriti- Same goes with me. I enjoy taking on new challenges and enjoy working hard.

How were your childhood days? Can you share any memorable incident of those days?

Our childhood has been a lot of fun particularly because all our childhood memories have been together. We’ve never been without each other and always had each other’s company doing everything! Our childhood was also the time when both me and Prakriti realised our love for music. Our favourite time definitely has to be when we used to sit together to learn music, prepare for competitions and help each other improvise and get better. We have really never needed much company from outside and always been each other’s support and best friend even before we were not working together! Some of our favourite memories definitely include bunking tuitions and school together and going and watching movies and buying new CD albums and cassettes so we could collect music at home!

I (Sukriti) think the realization was extremely organic for us just as it was for anybody else. We have always shared the same interests and passions and music was our escape since we were babies. It just so happened that one day we were put on stage together and enjoyed each other’s company so much that we never could imagine singing without each other. It was much later that people started calling us a duo of twin sisters that wasn’t seen in India before and we played along!

Who you think is a better singer among you?

Considering we have done our training together and now we even perform/sing together we think our true followers and fans know the difference and can pick their own favorite as this always happens between siblings. We’re each others favorite though and that’s what matters.

What are the qualities you wish to have in your better half?

Prakriti- I think I’ve always imagined myself to be with somebody who shares similar interests and if not then somebody who supports and fires my passion, someone who’s ambitious and hardworking but also sensitive, emotional and respectful.

Sukriti- In my case I've always pictured myself with someone who understands me, someone who supports and fuels my passion, someone who is ambitious and diligent while also being sensitive and courteous.

Who is your favourite Bollywood singer and why?

Arijit Singh because we aspire to be as versatile as him. It’s one thing to be able to sing any kind of song and it’s another to leave a hint of your own style in every song you attempt. He does both so beautifully.

I think for us our debut in Bollywood happened by chance because we didn’t have any expectations at the time. However the real struggle started from the song after the debut because then you have to deal with your own expectations as well as the audience’s expectations!

Due to corona pandemic everything was stuck. How do you utilizes these lockdown period?

This lockdown made us revisit every hobby we had as children like dancing and painting. Our lives were on auto pilot mode before this lockdown and it felt great to break the cycle and refresh ourselves with things we lost complete touch with. Of course there was a lot of music making too but the best part was spending great time with our dog - Popcorn.