There is nothing better than being with my father on set: Krishna Bhatt 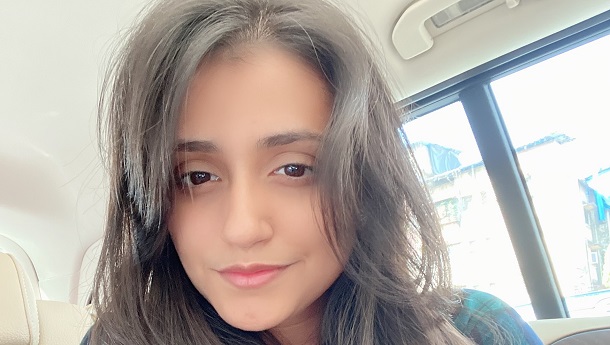 Krishna Bhatt is one of the youngest directors of the Indian entertainment industry. She is the daughter of renowned director Vikram Bhatt. She started working with her dad on scripting while she was studying and finishing school and college. When she was just 17, she decided to start working with her father. Her first film was Creature 3D, which starred Bipasha Basu and since then she has never looked back. She kept assisting her father up till ‘1921’ and after that, she became independent with a web series called ‘Untouchables’. In an exclusive interview with Bollywood Town, she spoke about her passion for film making, increasing the scope of OTT platforms, future plans, and more…

How did your director's journey start?

My director journey started actually at the age of 12 when I went to my father's office. He was editing the first 1920, in 2008. And I realized how much I loved the process of seeing the editing, dubbing, and the entire post-production. I started to go into the office every day. And then I think there was a moment when I realized that I want to be a director. I started working with my dad on scripting while I was studying and finishing school and college. When I was 17, I decided to put everything away and start working with my father. And my first film was Creature 3D, which was with Bipasha Basu and my dad. And from there it was no looking back. I kept assisting him up till 1921 by then I was an associate, and after that, I became independent with a web series called Untouchables, followed by a web series called Maaya 2 to Maaya 3.

You recently got an award as a young director. How do you express the feeling about it?

Yes, I have been awarded as best director by Talent Track. It doesn't matter where it comes from. When you're awarded for your work, it makes you feel like you've achieved something and given something to your audience.

OTT platform is new normal. Even after lockdown, people are still preferring to OTT? What is your comment on this?

The OTT platform is something that has taken over the world now. It was something that was going to take over the world a few years back and my father predicted about this. He started his web channel, a YouTube channel with Maaya, the first season, and now I think everything is going OTT. In time, when theatres are closed and now slowly opening, I think, even despite that, the OTT has become a very big platform where you can sit at home with your family at your own time with the food you want and at a price that is much lesser than a ticket.

You were the first to start shooting after the lockdown. Can you share your experience?

We were one of the first ones to start shooting after the lockdown. Initially, it was scary because you have a virus out there. You're wearing PPE kits and you don't know how many precautions to take. I mean, nothing is enough. When there is such a big virus out there, but I think slowly and steadily we got used to it. We got used to the idea of filming despite COVID and then it just became fun. But apart from that, everything is fine. I think we're getting back to our new normal and hopefully, 2021 will be a year of much more progress. 2020 was a little redundant in the sense that everything just stopped, everything just came to a standstill. We have our releases. A new normal settling in is my hope for 2021. I hope we can go back to the old normal because the old normal was fantastic. But I think we can meet the new normal fantastic as well.

You have been an inspiration for many youngsters. You choose work over everything. How did it start?

I think at my age most people were partying and celebrating, I was working. But I think when you're passionate about something when you love something, you have no choice. I am blessed that my father is in the industry. And some people would call it nepotism. But you have to work extra hard to match up to someone with that talent. You have to work extra hard to achieve something under such talent as my father.

I think that it was a conscious decision to put work first and a social life later. But however, my father always helped me understand that there's a balance between your personal life and your professional life. None should suffer because of the other and I think I learned that and I'm able to implement that.

How is it working with Vikram Bhatt on Set?

Working with my father is a pleasure. There's so much to learn from him. So much fun and games. I'm his daughter so, of course, fun and games are even more and there is a lot of creativity flowing all around. He's a humble human being when it comes to his craft as well as his personality. He is not difficult to approach. So, it's a lot of learning. It's a lot of fun to be with my dad and there's nothing better than being with him on set.

I’m working next on a show called Maaya 4. The fourth season of the Maaya series that my dad started. It is about a couple that has ambitions and the price they pay for their ambitions and the love story surrounding it. I'm very excited. It's got a couple swinging and corporate politics that are played in the world of big fish and I'm excited to make a love story in that space and bring it to you. So yeah, I can't wait to get the audience to see what I have dreamed of.