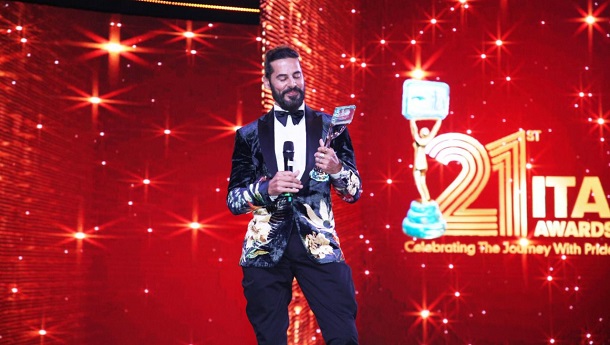 Dino Morea was awarded "The Best Actor" for his performance in "The Empire" at the most popular and prestigious award ceremony Indian Television Academy Awards 2022 which was held on Sunday, March 6 in Mumbai. It was a starry night graced by several Bollywood and television stars of the industry.

The empire is an Indian historical fiction period drama streaming television series created by Nikkhil Advani and directed by Mitakshara Kumar was released last month on the ott platform. Dino Morea played the role of the antagonist Muhammad Shaybani Khan in the series. He was praised for his performance and received accolades from across the country for his negative role and for the savage brutality and evilness of his character.

Dino is a versatile actor and would love to do more such roles which challenge him to bring out the best.

Dino adds, "I am really grateful that I got the opportunity to play this role. I was starving for good work, and while I was saying NO to roles that wouldn’t make a difference to my carrier, I kept working on myself. So when this delicious opportunity came, I relished it, I was so ready and I gave it my all, not really thinking about what the outcome would be. I did not anticipate this kind of reaction.  Now, this award & recognition just validates the years of hard work. I will continue to entertain you to the best of my ability & hopefully keep winning your hearts.