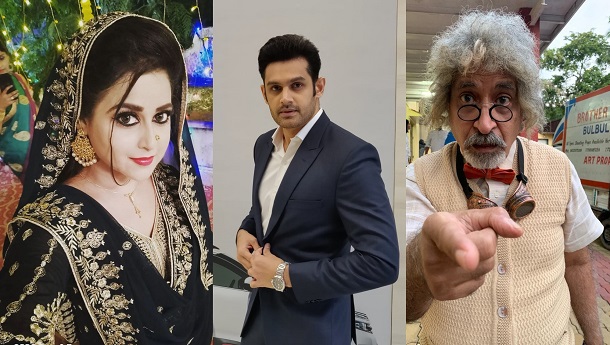 Akansha Sharma (Sakina Mirza) of &TV’s Aur Bhai Kya Chal Raha Hai? says, “I am proud of the services IAF has provided to our country. I congratulate and salute them for their willpower and commitment towards protecting our motherland.” Vishal Nayak (Manish Agarwal) of &TV’s Ghar Ek Mandir-Kripa Agrasen Maharaja Ki adds, “The Indian Air Force was officially raised as the supporting force of the Royal Air Force of the UK on 8th October, 1932, and since then the day is celebrated every year as the IAF day. Watching the splendid air display by various aircrafts has been an annual family ritual and it reminds me of the motto of IAF which is to “Touch the Sky with Glory”.

Narenda Gupta (Newton Chattopadhyay) of &TV’s Mauka-E-Vardaat- Operation Vijay shares, “IAF has highly-trained crews and pilots who have displayed bravery and intelligence time and again during several wars, evacuation services and natural calamities in the country. The Indian Air Force is the pride of our country and today I want to salute the men and women in the IAF for all their services. Jai Hind, Jai Bharat!”