After global appreciation, Premaatur now releasing in India on Sep. 3, 2021 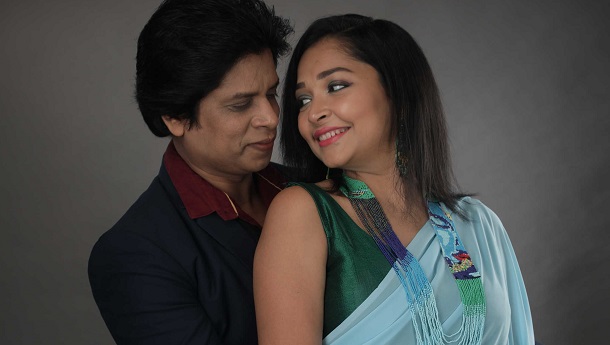 Under the banner of Anugrah Entertainment, the film Premaatur is dedicated to the king of Bollywood aka Shah Rukh Khan. The producer and protagonist Prashant Walde has been associated with Shah Rukh Khan as his body-double for the last 15 years. Premaatur is a thriller horror romance starring Prashant Walde, Heta Shah, Kalyani Kumari, Sriraj Singh, Shantanu Ghosh,Amit Sinha, Veer Singh and Bidya Kumari.The film is directed by Sumit Sagar, produced by Prashant Walde and co-produced by Shaan Ghosh, Satya and Pravin Walde . Prashant Walde has given the story, screenplay and dialogue. Music and Lyrics by Nitin Raikwar, Background score by Arsalan Sheikh and cinematography by Pappu Singh Rajput.Gurjent Singh is the editor and Vivek Sharma is the choreographer.

Premaatur is a horror love story in which Soniya is possessed by some super natural power. Rahul and Soniya tries to be friend with Pooja and Arjun but Arjun shouts at them in very nasty and ghostly manner. While conservation with the balloon vendor, they got to know about a ghost who cuts the plait of ladies and kills them. Next day Soniya was alone in her room, she heard someone’s anklet sound approaching towards her and banging her door. She calls Rahul for help with trembling voice but before Rahul comes to rescue her she was possessed and started walking barefoot on the road. She even tries to kill herself. When asked she didn’t know about the incident and was fearful and exhausted. Other day she was found at the basement near mirror. At the first Rahul didn’t believe her but later he takes her to the baba to get rid of the supernatural power. Baba comes and finds a mirror and asks Rahul to break it. They saw a ghost or soul flying by on breaking the mirror. They keep looking for Soniya and found out about a cave in haweli where Soniya was possessed. Arjun was trying to give her sacrifice to the goddess.Baba comes and asks Arjun the purpose of his doings and then Arjun and Pooja’s tragic love story starts. At the end after a high voltage drama good wins over the evil.