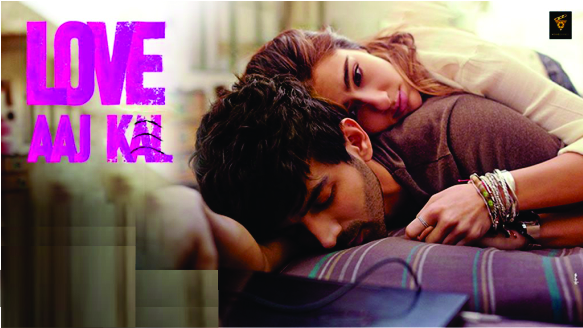 Story is all about Veer (Kartik Aaryan) who loves Zoe (Sara Ali Khan). Zoe is an ultra-modern girl who does not believe in eternal love. For her, love means fun, sex and time pass. She believes that one should be serious in love only when the career is secured and life is settled. Exact opposite to her, Veer has a different opinion about love. Zoe usually goes to a cafe, owned by Raghu (Randeep Hooda). Once, she gets a chance to talk to Raghu and thus she comes to know about Raghu’s old love story of 90’s. Since she belongs to 2020 so, she is surprised to know the kind of love people used to do in that era. Raghu tells his love story and parallel to Zoe’s current love story with Veer, Raghu’s old love story is shown in flashback. (Raghu’s flashback character is played by Kartik Aaryan). According to that old love story, Raghu loved his classmate Leena (Arushi Sharma). Both falls in love but unfortunately, their love story could not meet a happy ending. Zoe gets inspired from Raghu’s old love story. To know whether she follows Raghu's old principals to improvise relation with her boyfriend Veer or not, we must see this film.

The music could not meet the expectations of the audiance. The recreation of old song is quite impressive but unfortunately, that song comes at the end of the movie. Overall, romance has a strong impression than anything else in the movie.

Artists like Kartik Aaryan, Sara Ali Khan and Randeep Hooda have justified their roles in the film. On the other side, Arushi Sharma, Tisca Chopra and other artists have also performed nicely.

Overall, film is all about the differences between the two different era (90’s and 2020). Director Imtiaz Ali has given his best to showcase the two different love stories that can be enjoyed by the mid age people and current generation as well. This, we can say is a nice attempt to bridge the gap between two generations. This is good movie for youngsters and can be strongly recommended to see at least once.