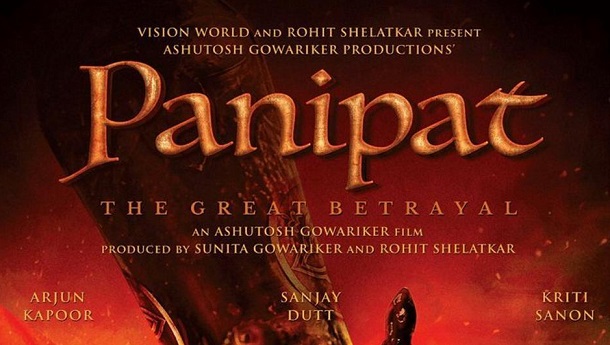 Director Ashutosh Gowariker’s Panipat is all about the third war of Panipat which was fought between brave Marathas and Afghan King Ahmad Shah Abdali.

Since movie deals with the history of India so director has tried his best to recreate the look and feel of that era. Unlike his other big movies, Ashutosh Gowariker has chosen period film once again that showcases the history of brave Marathas who won almost entire India once upon a time and tried to recreate India as a Hindu country.

Story belongs to a great Maratha warrior Sadashiv Rao Bhau (Arjun Kapoor), who has won many wars in the past. Maratha’s empire was spread in such a big way that Mughals could not see it. To defeat Marathas, they called Afghan king Ahmad Shah Abdali (Sanjay Dutt). With the help of few other Indian kings Maratha army finally won even Delhi’s Red Fort but till then Abdali had reached Delhi. He was planning to finish the Maratha power with the help of some cowered and traitor Indian kings. Finally, Maratha army and Abdali’s army came face to face in the large ground of Panipat near Delhi and fought with each other. Despite of being in winning situation, Marathas lost this battle because of the conspiracy and unfulfillment of commitment of some of the Indian kings. The kind of bravery shown by Marathas in this historic war actually shaken Abdali from inside. After that he went back to Afghanistan and never came back to India.

Actors like Arjun Kapoor and Kriti Sanon has impressed the audience with their powerful performances. Arjun in the role of a Maratha warrior, looked nice. The action sequences are very powerful. Since this is a period film so, we can see the utilization of weapons and war tricks of 18th century. Kriti’s performance is simply mind-blowing. She has given her best in the role of Sadashiv’s wife, a great Maratha lady. The most challenging and powerful role of Abdali is played by Sanjay Dutt. His acting is very natural and impressive. As a lead villain, Sanjay Dutta has won the hearts of the audience.

Overall, this powerful and action-packed movie is quite impressive and wins the heart of the audience. All the actors have justified their roles in the film. The areal view and fight scenes are very effective and impressive. Finally, Ashutosh Gowariker once again won the hearts of the audience with this magnum opus Panipat. Such kind of movies are made for big screens only so, must go and watch it in your nearest cinema hall.