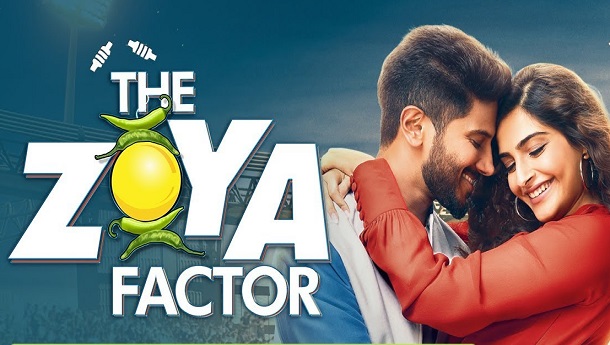 The Zoya Factor is all about a lucky charm Zoya (Sonam Kapoor) who is proved to be lucky for Indian Cricket team. Zoya works in an advertising agency. Initially she was assigned to make a Pepsi ad with Indian cricket team. This is how she comes in touch with Indian cricket team captain Nikhil Khoda (Dulquer Salman). She shares her personal story about her being a lucky charm for her brother who used to win all the local cricket matches. Situation takes U turn and she finally comes in a written contract with Indian Cricket Board that she will be available in VIP box to see the match so that India can win. Her presence with team can make India win. In-fact, India won some of the matches after that but this propaganda becomes the headline of the news channels that India is wining because of the Zoya factor. After lots of twists and turning points finally team comes to a conclusion that they should try hard to win the match on their ability and should not be dependent on Zoya factor.

Sonam Kapoor and Dulquer Salmaan have performed very well. Sanjay Kapoor as a father of Sonam in the movie does not have much to do but his acting is still very nice and people will definitely love his performance. All other actors have also justified their roles.

Over all it’s a nice attempt by director Abhishek Sharma. Its full of entertainment. Need not to use our brains. Just we need to keep it aside and enjoy the beautiful scenes and nice screenplay. so don't miss it. Go and enjoy in your nearest cinema hall with popcorn and soft drink.