I am an actor first: Inaamulhaq 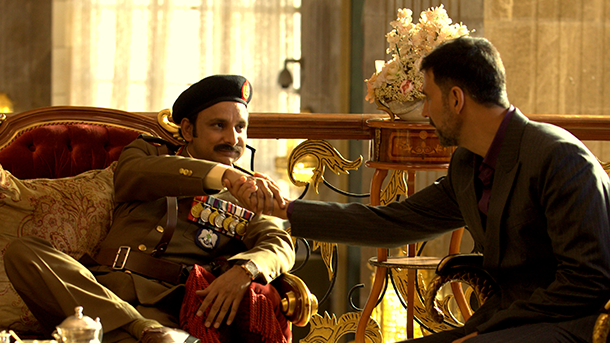 After appearing in films like 'Firaaq' and 'Filmistaan', Inaamulhaq is once again in news for his latest release 'Airlift' where he had played the role of an Iraqi Major. Here he opens up about Airlift, his favourite director in industry and many more…

Q. You came Mumbai to make career in acting but entered the industry as a writer…

A. Yes. Actually I always wanted to become an actor. When I came down to Mumbai in 2006, I didnt had any financial backing which is required to stay here. So I decided to pick up writing for surviving in this city.

Q. There was huge gap between your last film Filmistaan and latest release Airlift. Was that a conscious effort?

A. Not taking up many films, has not been a deliberate move. To be honest I didnt received many script or offers that appealed to me. I would love to do more films with good roles and interesting story lines.

Q. Though you made your acting debut from film Firaaq but it was Filmistaan which brought you to peoples notice…

A. Yes. Firaaq turned out to be my debut film but Filmistaan really helped me boost my career and brought me peoples notice.

Q. Post the release of the film Airlift people have been talking a lot about the role of Iraqi Major which was played by you. Tell us how did you bag the this film?

A. Raja Krishna Menon and me met each other through a common friend and we exchanged emails address and never see each other after that. Post the release of Filmistaan I got a mail from Raja congratulating me about my performance in the film. When we met again he told me that whenever he will make a film he would like me to feature in it. And finally after a month I got a call from his office saying he wanted to meet me the next day. I was in Saharanpur, Uttar Pradesh and it was a tough time for me since I had lost my father. So I told him that I wouldnt be able to make it for almost a month. Airlift was a big film and he could have casted anyone, but he waited for me for a month. And thats how I bagged the film. I am very grateful to Director Raja Menon, to had the faith on me and trusted me to handle this big responsibility.

Q. Was it the most difficult role for you so far in your career? How did you prepare for that role and how much did you work on your accent?

A. I will not say it was the toughest role to play. But yes I worked hard for it. My role demanded me to speak Arab language, so I prepped for the character, especially the accent, for which I was given an Arabic coach. I watched many documentaries from Iraq and also Saddam Hussein and his son documentaries. Thats how I prepared for that character.

Q. What was the best compliment you received for you role in Airlift?

A. The best response came from my mentor Manoj Bajpai and Nasseruddin Shah. They met Raja Krishna Menon and asked about who played the Iraqi Major? Raja replied him, the one who played the Pakistani guy in Filmistaan. Naseer sir told that the guy was brilliant. Though he didnt know my name but he appreciated my work which I think is the biggest compliment for me so far. Raja Krishna Menon conveyed the message to me that he loved my performance.

Q. What do you enjoy the most writing or acting?

A. Both the things are essential for me. Writing is something through which I entered the industry and acting is something which I always wanted to do. But if you asked me to pick up one out of it then definitely I would go for acting.

Q. Which director you would love to work with?

A. Raju Hirani and Rakeysh Omprakash Mehra are some directors with whom I would like to work with. I also wish to do a film with Imtiaz Ali who is also a fine director.