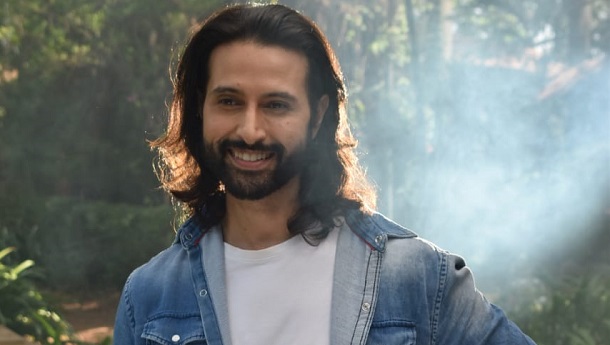 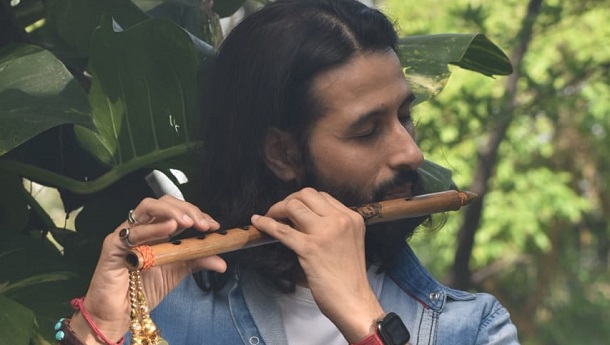 Apurva Agnihotri’s made a comeback to TV amid much fanfare. His performance and look from the ongoing hit show Anupamaa has touched the right chord. The actor is happy with this new found success and wants to be at it so as to impress his fans. He also heaps praises on Rajan Shahi, the producer of the show, for telling such a wonderful and inspiring story beautifully, and also for offering him a character like Dr Advait Khanna. Agnihotri talks about Anupamaa, his character, social media and the entertainment industry. Read On:

What made you say yes to Dr. Advait Khanna’s character in Anupamaa?

The main fact is Rajan Shahi. I love and admire him both as a person and for the kind of work he does. When he narrated the whole character graph, I found it quite exciting. Dr Advait Khanna has many aspects, layers to him. Hopefully, we shall be exploring all those layers in the episodes ahead.

How much do you relate to your on-screen character?

I am a lot like Dr Advait Khanna in real life. I also dream of having my own farm house somewhere away in the mountains or may be in Goa, where I would do organic farming, chill out with friends and family, help people, ride motorcycles and so on. The carefree happy sort of life devoid of any tension, in a constant state of bliss is what I crave for much like him.

You’ve earlier worked with Rajan Shahi in Sapna Babul Ka...Bidaai and Jassi Jaissi Koi Nahin. This is the third time you both are collaborating. Any comment?

Honestly, Rajan is one of the finest human beings and producers I have worked with. There is much love, respect and mutual admiration. It’s actually hard to believe that some producers on Indian television can be so nice, trust me I’ve worked with a whole lot of them. I just wish him the best from my heart, he truly deserves it.

How’s it working with Rupali Ganguly and Sudhanshu Pandey?

Sudhanshu and I stay in the same building and share a good chemistry, and I met Rupali for the first time on the show. I have to say that not only both of them, Paras and all the other kids, in short the entire unit is sweet and caring. I have worked with some of the crew members in Bidaai, so this is like a reunion.

What according to you is the reason behind Anupamaa’s success?

I truly believe that Anupamaa is a landmark show on Indian television as many women are identifying with the story, which is huge, and is a very difficult thing to achieve. It normally happens with movies that the entire country is going gaga over on one single film, the actors are being followed etc. Something similar is happening with Anupamaa.

In Anupamaa, you are flaunting a long-hair look and it seems to have been doing wonders for your character.

Yes, it did. It was surprising because normally the creatives prefer actors with short hair. We don’t see people with long hair on Indian television for some strange reason, but Rajan has always been that brave.

Your fans are seeing you on TV after over three years and enjoying every bit of it. Any special message for them?

I hope my fans continue to like the show and I would tell them to wear masks, sanitise and maintain distance to stay safe in these trying times.

You made your TV debut with Jassi Jaissi Koi Nahin in 2003. Do you think the TV industry has changed over the years? Are they making more relatable content these days?

There are a lot more opportunities these days for everyone, from actors, directors to writers. If you have the talent, then there’s a lot of scope for everyone. Honestly, big guns like Rajan, Ekta [Kapoor] have been doing so much interesting work over the years, they are only getting better every time. The industry in totality is changing for good, more so, with the advent of OTT, things have only got better, broader. But, I feel the reason many are opting for OTT over TV is because content in the former is more relatable. I hope TV show makers would take a cue.

Your Instagram is all positive vibes. How do you keep yourself even during these difficult times?

I’m a positive person in real life and that’s what reflects in my posts. They are not about the houses I own or cars I drive and I also don’t use it to publicise myself. My posts are more about my mindset, how I am feeling about a particular day. With one happy picture, I wave out at thousands of others telling them to be content and grateful. My intentions are as simple as that.

It also seems you have a knack for photography. Is that true?

There was a time when I was invested heavily into photography. I still have my cameras, lights, reflectors etc. But of late I’m not following it but eventually, I would love to turn to it again. A year and a half back, a renowned photographer had messaged me to compliment my photography skills, which was both touching and encouraging. He said that my love and passion reflect on my photos and that I have mastered the art quite well. I love capturing beautiful moments, but I guess in life everybody and everything evolves. And I have evolved as a photographer too.

You have done films, TV, and web. So tell us about the platform you enjoy working on the most and the one that is the toughest?

I would say films because you have ample time to prepare for your character and better your performance. And I think television is the toughest medium because here you have to mug up many dialogues in a day while you end up shooting quite a number of scenes on the same day. I firmly believe that as an actor you cannot perform well every single day but then that’s life. We might like performances on television but I am talking about great performances. There is a reason why you still remember a Gabbar Singh from Sholay even more than Veeru because writers have enough time to think and create.

The only non-fiction show you did so far is Bigg Boss and that too in 2013. Would you like to do a show like Khatron Ke Khiladi if offered?

I would love to. I feel the show will go well with my personality because I am heavily into adventure sports. From bungee jumping, hang gliding to deep sea diving, I have done them all.