Web Series created a whole new fan base for me: Kirti Kulhari

Kirti Kulhari is one of the renowned Bollywood actress. She has worked in many Hindi films like, Shaitaan, Blackmail, Indu Sarkar, Pink, Mission Mangal etc. Apart from movies, she has worked with some famous web series as well. She is currently in discussion for playing a victim of abuse and marital rape in web series ‘Criminal Justice Behind Closed Doors’. In an exclusive interview with Yogesh Mishra, she revealed about her view point on star of millennium Amitabh Bachchan, the increasing scope of web series, things she likes in herself, future projects and more…

Tell us something about your latest web series ‘Criminal Justice Behind Closed Doors’. What character are you playing in this?

I'm playing the character of Anu Chandra who is a victim of abuse and marital rape. One day she stabs her husband and is sent to jail and how she goes through this trial, which is not just a trial in a court of law but it's a media trial in public. Anu is someone who is put through the whole ordeal of having to share with the world the secrets that she has been hiding of her married life with a super successful lawyer. She's somebody who has been through a lot and suffered a lot. She's somebody who is clearly broken and somebody who doesn't have the will to live anymore. You see her journey through the series to a point where she finally comes out, opens up these secrets to the world, lets it out, and somehow redeems herself.

How was your working experience with team ‘Criminal Justice Behind Closed Doors’?

The working experience with the Criminal Justice team was wonderful. I worked with some lovely actors like Pankaj Tripathi, Deepti Naval, Mita Vashisht, Anupria Goenka, Shilpa Shukla, Ashish Vidyarthi and Jisshu Sengupta. It was a very intense role and it was very tough playing this role. I was very charged because of the theme of this season. It was just so lovely to work with people who had the same vision and who believed in what we were doing and creating what Criminal Justice Behind Closed Doors is today.

From movies to web series, how was your journey so far?

I'm somebody who is shuffling between movies and web series. It's great. It has been a very fruitful journey. The shift from films to OTT has been so gratifying. It has led me to some big successes in terms of the series I've been a part of such as Four More Shots Please! and Criminal Justice Behind Closed Doors. It just created a whole new fan base for me. It just opened up the audience to who Kirti Kulhari is. I have played some wonderful roles and my work has reached the world and that means a lot to me. It has been lovely. It is something that happened organically and gradually. It is very very satisfying as an actor to be able to do some very interesting roles and to be part of stories that mean something to me and to the audiences.

Looking at the increasing scope and demand of web series, do you think, web series can be a threat for big screen in long term?

They already are a threat. I think lockdown has added to the threat. Everybody who was not exposed to the world of OTT was exposed to it during the lockdown because there was no option of going to the theatre. It has opened up like a Pandora's box. Everyone has suddenly discovered that you can actually sit at home and watch some wonderful stuff from all across the world. It is surely a big threat to Bollywood. Now Bollywood has to pull up its socks to make stuff which means something that makes the audiences get out of their homes, go to the theatre, spend money and watch something. It has pushed Bollywood outside of its comfort zone, which is always a good thing. It is a huge huge competition for sure.

I like my simplicity, my sincerity, and my honesty towards my craft. I like that I am very grounded.

When did you realize first that you should try your luck in Bollywood?

Being an actor or a heroine was never a part of the plan but acting happened to me by chance when I was in college. With that one experience, I just knew that acting was something that really gets me going and I wanted to do it. I finished my studies and I decided to pursue acting in Bollywood for 2 years just to see how things go for me. The seed was sown in me in college, but I took it up 4-5 years later as a career.

Well, I started with ads when I decided to finally do this. My career in TV commercials took off quite easily, but I wanted to be an actor. I wanted to learn acting so I did theatre and waited for things to fall in place and then Khichdi and Shaitaan happened simultaneously. The journey started. I have had my own share of lows and failures as well. Having periods where I didn't have the work that I wanted to do or that really appealed to me. I have seen all of that. It has not been easy, but it has surely been a journey that has given me a lot, which has taught me a lot, which has helped me grow a lot as a person and as an actor. All of it just seems worth it now.

You have worked with megastar Amitabh Bachchan as well. He is 75 and still one of the most active star. Any comment?

Absolutely, Mr Bachchan's dedication and passion for acting is commendable and very very inspiring. I don't know how he manages to have this kind of commitment towards his craft. He goes all out and he never takes it for granted. He works really really hard. I think he is still at it, he is at it more than ever probably which is absolutely amazing. His discipline, his commitment, his dedication is absolutely inspiring.

Due to the corona pandemic everything was stuck. How did you utilize this lockdown period?

I utilized it by connecting with myself, I spend a lot of time by my myself, understanding a lot of things about my life about things and I just began introspecting and contemplating and trying to understand things that matter to me - spending a lot of time with my family and also reading. Reading was a big part of it. I think the biggest takeaway was the fact that I just contemplated on and introspected on a lot of things that really matter to me. I love spending time with myself, I love my me time and I got so much of it during the pandemic. It was absolutely amazing.

In case, if you have to change your industry, then what would be that?

I would mostly be a social worker I would do social work or be a child physiologist or be both.

The Hindi Remake of The Girl on The Train, a film called Shaadistan, two short films- Charu and Inside Out. I am starting work on Four More Shots Please! Season 3, which is going to be coming up by the end of the year (2021) and I have other stuff also that I will start working on.

Always hold on to hope - the hope of a better tomorrow but at the same time, you have to find the courage in you to stand through or go through difficult times. I truly believe that what doesn't kill you makes you stronger and it's only when we go through difficult times we actually realize how strong and powerful we are. Hang in there and just be strong, because you are. I know 2020 hasn't been easy in a lot of ways for the entire world, but as I said there is always hope for a better tomorrow that keeps us going. It's not a myth, it exists and that's the power of the human spirit to keep going. Wishing all of you a very very happy new year and wishing everyone a safe and corona free 2021. 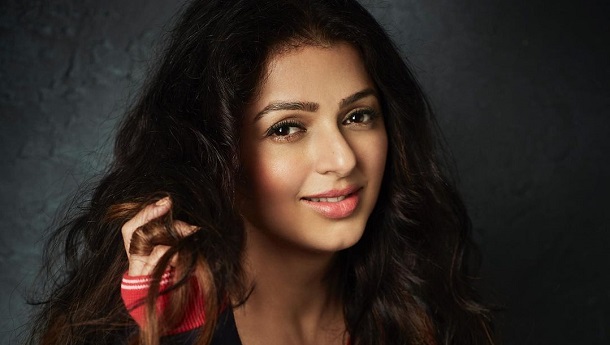 'Real is always appreciated in the long run: Bhumika Chawla 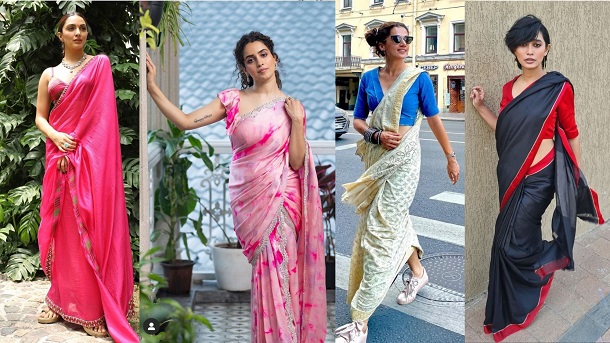 'Jersey’s Mehram becomes the anthem of the year; hits 10 million views within a day