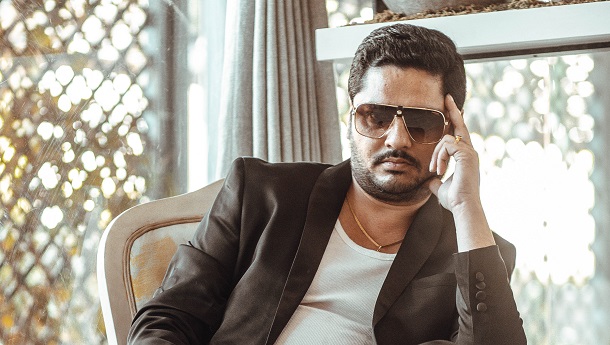 Amyth Sethi Mondal is playing a negative role in upcoming Hindi movie Chase-No Mercy To Crime. Prior to movies, he has done theatres in Kolkata. In an exclusive interview with Yogesh Mishra, he spoke about his character in upcoming movie, memorable incident during film shoots and more…

What character are you playing in ‘Chase-No Mercy To Crime’?

I'm playing the mastermind of robbery. My character name is Satyendra Yadav. Story is based on the success of Bengal Police. I don't say it's a negative role but I will consider it as a character role. When director discussed with me the role of Satyendra Yadav, I just liked it. Be it negative or positive but I liked the character.

Is it your first Bollywood movie?

How powerful is your role in this film?

I have very stubborn kind of role in this movie. I playing the role of one who basically want the ticket to contest the election. He is the kind of person who can go at any extend to enter into politics.

Any memorable incident during film shoots?

There is a scene in the movie where I'm in a boat without any support. The location is of Pattaya, Bangkok. I had to balance myself by my own and there were a multiple shots of this scene. I struggled a lot in this scene and this was such a memorable scene. It was very challenging but I did it.

What are the locations used in this film?

There are multiple locations used in the movie. Mostly Bengal, Kolkata, Jharkhand, Sikkim, Nepal and finally the climax is in Pattaya, Bangkaok.

Why people should watch this movie?

People have seen the story of UP, Bihar and Maharashtra police so far in the Bollywood movies, now for the first time Bollywood will witness the working style of Bengal Police. It’s a based on true events that audience will definitely love it.

Would you like to continue your career with such negative roles only or you have any specific thing in your mind?

I would like to do various types of role. I did this negative character because I loved this character.

In what kind of role are you most comfortable?

Have you done any regional movie or TV serial before this?

I have done theatres earlier but not the movie before this. One day, the director of this movie came to see my play in Kolkata and saw my performance there. We met there for the first time and he took my audition. This is how our association for this film started.

Some abusive languages are used in the movie. What is your comment on this?

As you know the story is based on crime and the local goons normally use the abusive languages. So, it was the demand of script. That is there in the trailer only. Let's see if this could be continued in film too. This is now completely on censor board.

Have you also some abusive language in your dialogue?

It's hardly once or twice but not much.

Any message for the viewers?

I would request people to see this movie.

What next after Chase- No Mercy To Crime?

I have some offers from Bollywood and Tollywood but I have still not finalised anything.