I’m playing the role of a Muslim cop in ‘Chase-No mercy to Crime’: Dipanjjon Basak 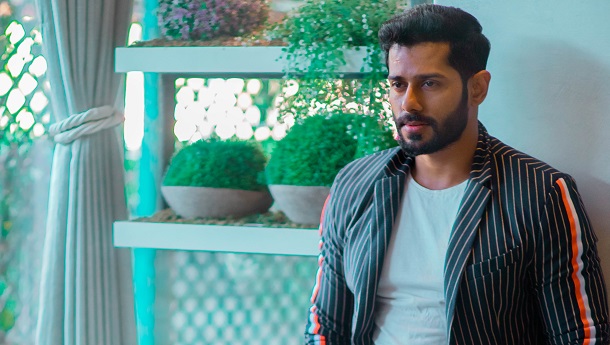 Dipanjjon Basak hails from Jamshedpur, Jharkhand. Before getting ticket to Bollywood, he has worked in few region language movies too. Currently he is working with producer Meena Sethi Mondal’s Hindi movie Chase-No Mercy to Crime. He is playing the role of a Muslim cop. In an exclusive interview with Yogesh Mishra, he spoke about his struggle days, character in the film and more…

Can you brief yourself?

I was born and brought up in Jamshedpur, Jharkhand. I have won the title of Mr. Jamshedpur. Then I came to Kolkata to become an actor. I started modeling there. After some time I realised that modeling cannot be a full time profession, especially in Kolkata. Then I started a job. I joined a BPO there in Kolkata. I worked there almost 6 years there. Then I came to Mumbai for a reality show for MTV. Then again I went back to Kolkata and continued my job there. So my last job was with an event company which was into cinema exhibition and distribution.

When and how did you start your acting career?

I left that event company and came to Mumbai to try my luck here. I started working here as a stylist. Later on I worked as an Assistant director. Once when I went back to Kolkata for a vacation I was offered a role there in a Bengali film. That film is just released. While working in this film I got an offer for another regional movie. So this is how I started my acting career.

What character are you playing in your upcoming movie Chase-No Mercy to Crime?

I'm playing the role of a cop. This film is based on a true story.

How did you get the entry in Chase-No Mercy to Crime?

My last film was with the same director Suvendu Ghosh ji. He knew me from the previous film and we share strong bonding. One day he discussed the story of this film and offered me to play the role of a Muslim cop in this film. That's how my association started with this film.

How was your working experience with your co-star Amyth Sethi Mondal?

I had a fantastic working experience with Amyth. We shot in different locations like Jharkhand, Nepal and Thailand etc. So you can say there was lots of travel involved. Thus we spend enough time together and became so good friends that people started asking that how can a villain and a hero be a good friends.

How much is the romance angle in this film?

I'm playing the role of a married guy who has a wife and a kid. There is a beautiful song picturised on us. It’s a romantic song on me and my wife. It’s sung by Kumar Sanu.

Why the audience should go and watch this movie. Any reason?

Audience must watch it because it’s based on a true story and it has a pace that will engage you throughout the film. Beautiful locations are another USP of the film.

How much is the elements of comedy in the film?

Elements of comedies are there. But it's all situational comedy. There are some situations where you can find the comedy.

Some abusive languages are used in the movie. What is your comment on this?

I have used an abusive language in the film. It's there in the trailer but since censorship is still pending so maybe censor board can ask us to remove it from film.