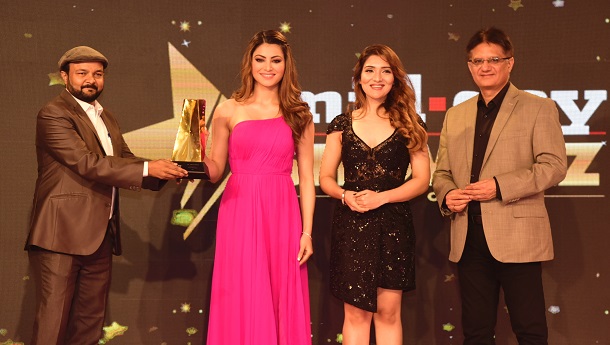 Mumbai’s leading National daily Midday  honoured different achievers from Entertainment Industry in the Mid-day Showbiz Award function. It was a successful show and many celebrities were awarded for their contribution and great work for entertainment industry.

Mr. Ashwani Shukla owner of Altair Media won the award of Iconic PR for Films. Ashwani Shukla is a former entertainment journalist and founder of Altair Media. He was associated with Gemini Studios at the start of his career. During his stint with Gemini Studios, he was heading the content department by supervising various stages of production for entertainment shows. Later on, he established his own company Altair Media which is one of the leading PR Agency.

Altair Media has handled media relations and worked as a PR Agency for several Bollywood Movies, Celebrities, lifestyle, Political, musical and fashion events which has always got maximum coverage in the media. Altair Media has handled the PR of national events like, Femina Miss India, Tassel Awards, Mathura Mahotsav, One for all all for one and many more. It has been associated with films like, Nakkash, One day Justice delivered, Kirket, Sifar, Raghu CNG and many more.

Many other celebrities and achievers won the award in this Showbiz like, Govinda, Mr. Abhishek Pathak of Panorama Studioz, Dr. Jayantilal Gada of Pen India Limited, etc.

On receiving the Award for Iconic PR for Films Mr. Ashwani Shukla, Owner of Altair Media Quoted, “It’s a very special feeling when your work gets recognition by such renowned Media house like Midday. I cannot explain my gratitude in words. I am grateful to Mr. Rahul Shukla and his team for taking amazing initiative of felicitating and recognizing the people working in entertainment business by organizing a great award show like Midday Showbiz and I give my best wishes to Midday to keep doing the great work”