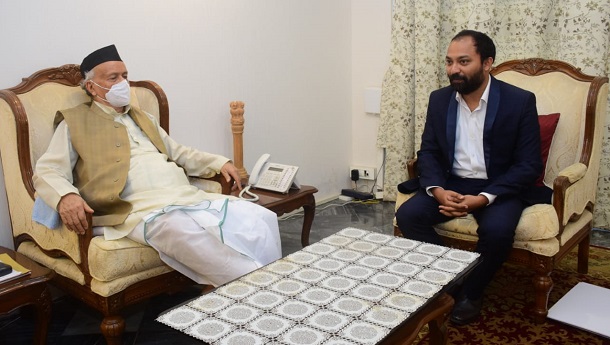 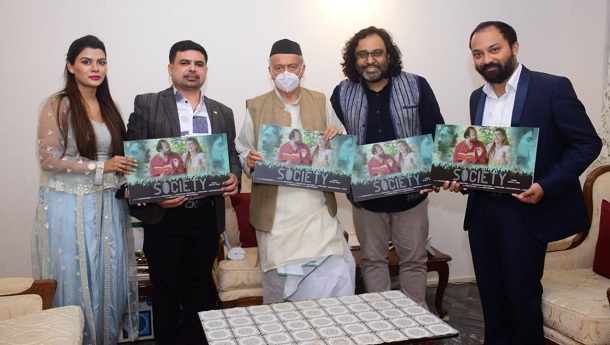 Cinema should represent Indian culture and social reality, says Maharashtra Governor Shri Bhagat Singh Koshyari. Today Hon'ble Governor of Maharashtra, Shri. Bhagat Singh Koshyari launched the poster of the film 'Society'. This film is based on a fundamental issue that reflects the mindset of society. The film shows that the mentality of people in a community does not change overnight.

The film's protagonist is a socio psychopath who finds it difficult to shed his past and reflects this on the love of his life, his innocent and loving wife.

On the occasion of the poster launch, Maharashtra Governor Shri Bhagat Koshyari said that such realistic cinema should be made as it creates awareness and depicts social reality. We should encourage such films which depict Indian culture rather than embracing western culture.

This realistic film was written and directed by a senior journalist Dheeraj Sarthak who is known to raise social issues through his films.

IRS Anwesh, a deputy commissioner who has been in the creative field, will be seen in the lead role and has directed music for the film. The film also features Swapna Pati, who has acted in web series. Rajesh Mohanty produced the film.