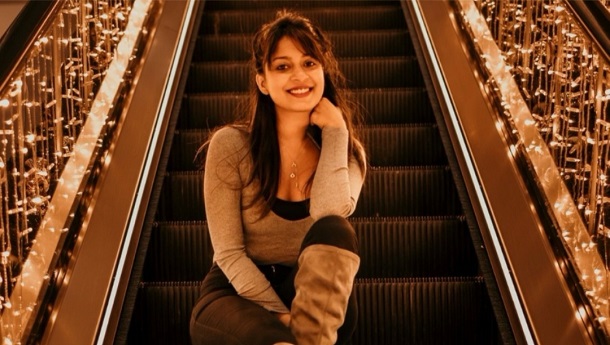 Akshata Honnavar is an award-winning Indian director, screenwriter, and producer based in Manhattan. After working as an events producer for over 5 years with Wizcraft International Entertainment in India, Akshata pursued her passion and studied filmmaking at NYFA, New York.

Over the last few years, Akshata has been scripting, producing and directing films that have received rave reviews and accolades. The award winning filmmaker has made over 30 films in her short career.

She likes to make women-centric films that impact age-old attitudes towards women and perhaps transform some of them. She also likes to present relatable female characters and protagonists that breakaway from stereotypes. Her aim is to show audiences the inner universe of a woman - what drives a woman to be herself.

As a proud female director, she looks forward to strengthen the female presence and voice in the industry. She has been collaborating with female actors and technicians from diverse cultures to create a balanced, competitive and enriching space for women in the industry.

Now, based out of New York, she is best known for her work in independent movies and TV series, Music Videos. She specializes in Producing and Directing films.

Her forthcoming works include ‘Karma’ - a Hindi feature film (Producer & Script Supervisor), ‘Chase’ – a pilot TV series in US (Script Supervisor), ‘Bhakti Centre’ – a masterclass series (Assistant Director), and a short drama feature on a mother – daughter relationship, ‘The Best of Me (II)’.