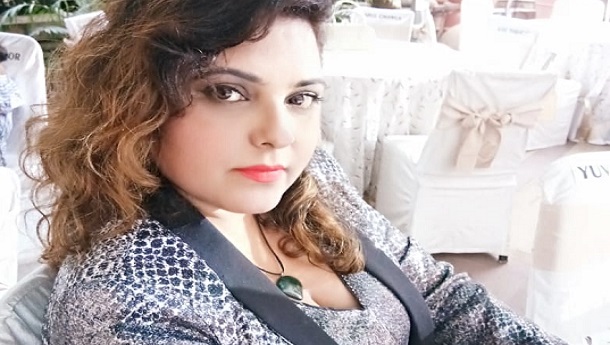 Poetry has been the most favored form of expression in India and all over the world. It connotes the internal feelings of a human mind. A beautiful outlet for the emotions that are mostly left unexpressed,often finds their way in the unique form of poetry. As we all know That Prime Minister Modi has written poems and has recited on various occasions like recently on the howdy event to reflect India's determination to face challenges "Woh jo mushkilon ka ambaar hai, vahi to mere hosle ki minar hai (This heap of challenges is the inspiration for my courage), Modi recited. In the past too, we had American. President John F Kennedy quote about poetry,"

Top Bollywood star Amitabh Bachchan too express his views often quoting his Father the great poet Mr. Harivansh Rai Bachchan's poetry. In continuity with the legacy of poets from Oscar winning most Revered Gulzar to Rising stars, Palak Shukla's poetry book "Palaknama - Aawazein Dil ki" has made a sensational debut worldwide. It's an ode to emotions, the voice of a heart that screeches within and looks out for the echo to resonate with. The book which has hindi poems transliterated in Roman version to facilitate poetry lovers, unable to read Hindi in "devnagri" is one of its own kind and is earning rave reviews,positioning itself in Top Ten Amazon Best seller and in Hot new Releases within couple of days. It also features in most wished for book on poetry on Amazon.

The writer Palak Shukla, an actor known for her international work in cinema and theatre who is also being awarded as,"Writer Par Excellence in Poetry and fiction" recently by Panache image Awards 2020, says, "My aim is to make hindi poetry reach wider audience worldwide, on an international platform, that's why i transliterated it in Roman and Hindi versions, so as to people who understands hindi but can't read devnagri, can enjoy the essence of poetry"

Palaknama is an effort to create awareness about Hindi poetry worldwide, as Hindi still is legging behind internationally. Despite having such beautiful creations and depth, Hindi is not marketed aptly due to lack of awareness and literary snobbery around.

Palaknama - Aawazein Dil ki" is available on all leading online stores like Amazon, Flipkart, Google play including the e-book edition on Amazon Kindle and Kobo is proving to be a dream debut for me as a writer touching the hearts across all the boundaries said Palak Shukla.